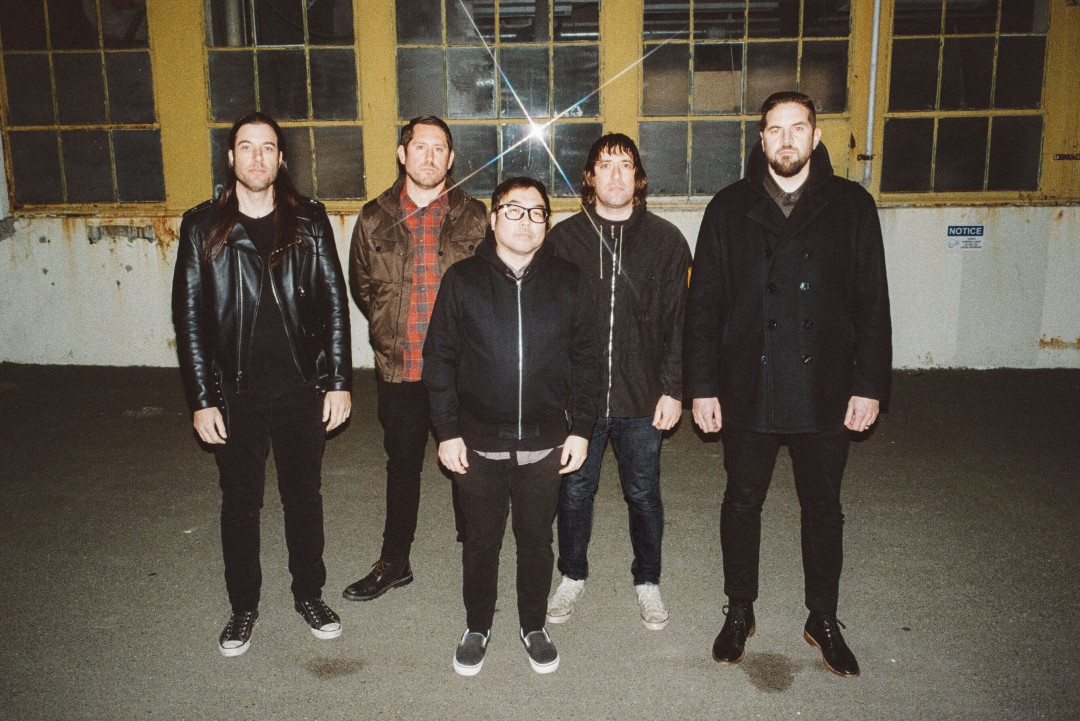 Western Addiction's new album is out this Friday. So, Punknews' Gen Handley spoke with frontman Jason Hall about the new release. Check it out below.

It is arguable that the heyday of hardcore punk has passed with the various iterations of Black Flag, Bad Brains and Dead Kennedys slowing down as well as other scene mainstays such as Minor Threat, Gorilla Biscuits and 7Seconds becoming fond, but increasingly distant memories. There is, however, contemporary artists who emulate this fading spirit passionately including bands like Touché Amoré, Strike Anywhere, Good Riddance, and Defeater. San Francisco’s Western Addiction is also included amongst this fiery company, radiating all of their predecessors’ grit and aggression, as well as intelligence and empathy, but continuing to refine the indelible content of their signature sound.

Recorded late last year at the Atomic Garden in Oakland, Western Addiction’s newest album, Frail Bray, continues to wave the blazing torch of Black Flag and their contemporaries, while challenging the sometimes-rigid boundaries of what “hardcore should be.”

Vocalist Jason Hall says there was a conscious effort to make this record more positive than their last album. Helping power these new songs are the core themes of hope, rejuvenation, positivity through grief and even motherhood in “Rose’s Hammer I” and “Rose’s Hammer II.”

“Tremulous was kind of an ultra-downer,” Hall says from his North Bay, California home. “The current world’s tough so we tried to create something more positive. My grandfather taught me to try even though things might be terrible. This will to always try comes from my role as a father. Someone’s crying? Someone’s barfing? Let’s just go…we’ve got to try and give it a shot. This record is about hope and positivity and trying and just giving it your all.”

And with this optimism comes more melody than fans have heard in the past, a tempering element in the band’s tenacious songs.

“We’re known for playing heavy music so I wanted to inject some melody into these songs,” he explains. “I really thought consciously about melody this time and wrote every single vocal melody before I got to the studio. This is an unpopular idea, but I feel vocal melody is the secret to all great songs. Sometimes you hear a melody and it’s so powerful that it shoots lightening up your back, up the back of your skull, behind your ear and out of your shoulder blades. And then you want to cry a little bit. It’s the shivers, basically. I wanted to try to do that.”

The last time Hall spoke to Punknews, he said there were some songs that didn’t make it onto their excellent last album, Tremulous. But thankfully, they made it onto this record.

Those songs include “Utter Despair” and “Deranged by Grief” – both outstanding, scorching tracks that fans will definitely appreciate once they hear them.

Another song, written years ago called “Laurette,” also found a coveted spot amongst these 11 tracks.

“It was an old song and we were looking for a fast one,” Hall explains. “It’s a fine hardcore song, but I’m really trying to write songs that have melody. Chad (Williams, drums) was like, ‘We need a song for people to run into each other.’ He was right.”

Despite the positivity energizing this album, there’s clearly a bit of a dark cloud looming above its release – a release that would have normally followed by the band playing these songs live across the globe.

“Our record is coming out at the worst it could ever come out in the last 100 years,” he laughs, not very happily. “This record doesn’t seem that important because people are dying. Even though people have time to listen it to it, they have bigger things on their mind. Part of me feels selfish that I’m excited about it, and another part of me is disappointed because of the timing.”

“But I hope people finds some comfort in it,” he adds with some hesitation. “It’s an optimistic record. If you don’t have hope, you have nothing – you can’t go forward without it.”

Music: Self Defense Family: 'Make Me A Pallet Fire On Your Floor b​/​w Local Clerics'