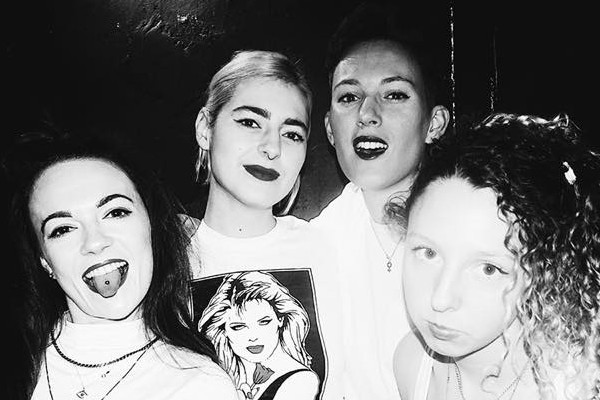 HUGE NEWS!!!! We've just signed to @dinealonerecords!!! They'll be representing and covering us across North America and Canada!! HEXES GOIN' GLOBAL!! Our new labelmates are @fidlar @aof_official & @thechatslovebeer Because everyone’s in lockdown, we had to find a way of each of us signing the contract one-by-one from our homes. Watch this video to see how we did it…. #recordcontractrelay

STOKED to announce that we’ve signed @dreamnailsband, “punk witches bringing feminist ragejoy” Welcome to the #DineAloneFamily!! Founded by feminist activists in 2015, this hotly tipped band of witches mix political rage with contagious pop punk joy, winning hearts (and funds for abortion charities) wherever they go. The female fourpiece have built a reputation across the UK and Europe for their riotous live shows, touring with the likes of @antiflag, @cherryglazerr, @shedrewthegun, @hellobleached and @petrol_girls, and have headlined the Sisterhood stage at @glastofest three years in a row. Dream Nails’ fresh energy and youthful power promise to set your soul on fire.