Hayley and the Crushers to release “Jacaranda” EP 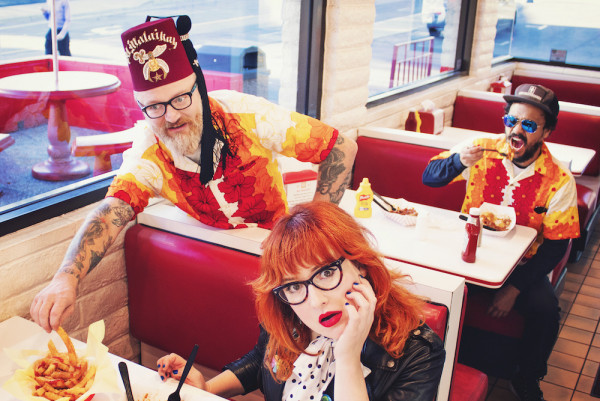 San Luis Obispo surf punks Hayley And The Crushers are planning a new summer EP titled Jacaranda. The sunny set is a quick follow-up to the trio's recent third full-length, Vintage Millenial, which arrived in January from Eccentric Pop Records. The two-song set will arrive digitally and as a limited 7" from Canada's Reta Records and Surfin Ki in Europe. Look for it on June 2. The group, sporting a sound influenced by Blondie and The Go Go's, will take the record out on a U.S. tour of the west coast and midwest in the fall. You can stream the a-side below now.

The Crushers features guitarist/vocalist Hayley Crusher Cain, bassist Dr. Cain Esquire, and drummer Dougie Tangent (Devious Ones, The Putz). The group recorded these songs with Gabe Usery at Encapsulated Studios in St. Louis. You can check out the band's recent video for the song "Bad Girls," from the Cool/Lame LP, below as well.

Videos: Lovesick Bombs: "Out of Luck"

Interviews: “The Dream I Never Knew I Had” - An interview with Kevin Seconds