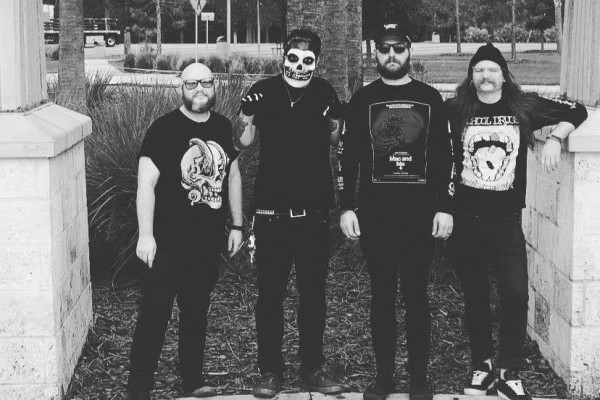 Today, we are debuting the new video by The Raging Nathans.

"Tragedy Ghouls" is a chilling track. Essentially an instrumental, the band drops news clips over the top about a mass shooting that affected the band directly and permanently changed their lives.

Speaking to Punknews about the track, the band's Josh Goldman said: "'Tragedy Ghouls' deals with some pretty personal and heavy subject matter. It's the first song on the album and i think that it sets the tone for the rest of the record.

On August 4th 2019, a mass shooter came out from the alley of the bar that two of us work at with an assault rifle and body armor and proceeded to walk across the street, while shooting and killing 9 people and injuring more than two dozen, including a coworker of ours.

We were in Europe at the time and there was a lot of debate about whether or not this song should see the light of day, let alone be the first single for this album. Its not an easy song to listen to. I felt that it calls attention to the issue in America that we have with gun violence without being preachy. It speaks for itself. I want this song to serve as a dedication to the victims and families of the victims as well as a reminder to the those who listen that THIS CAN HAPPEN TO YOU.

I never thought something like this would happen to our community. But it did. I also hope that it draws attention to the fact that while the media is supposed to inform, it also sensationalizes.

The news tents were set up for weeks after this happened, leaving their garbage and trash for everyone to pick up after. I want them to understand that this was more than a news story, it was a real thing where real people lost their lives."

You can check out the details of the new album here (pre-orders come with a bonus flexi) and you can watch the video below.

Shamir releases video for "On My Own"