Watch George Hurley and Perry Farrell talk about the time the Minutemen played on a boat! 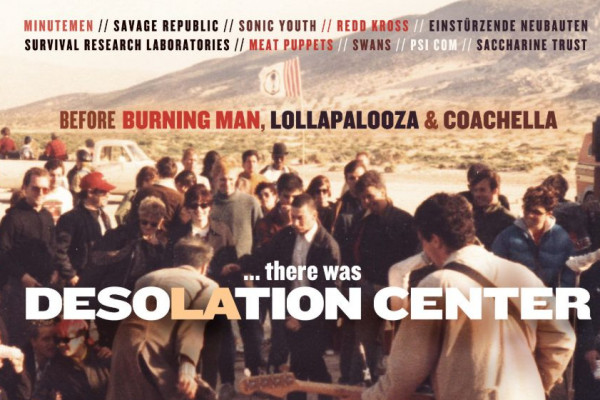 Right now, shows aren't happening anywhere!, so let's reminisce about a series of legendary gigs that did happen, despite the odds. In the '70s and '80s, it was notoriously hard for punk and unsigned bands to get gigs, especially since the underground network wasn't as developed as it is now. To that end, promoters, bands, and random maniacs would set up impromptu and guerilla shows just to make the gig happen.

In the documentary Desolation Center, director Stuart Swezey traces a line of one-off, off-the-grid shows that happened during the time period which resulted in some far out gigs- namely, the time the Minutemen played a boat that sailed in a circle around the harbor. We're pleased to debut a clip from the film that has Minutemen's George Hurley and show attendee Perry Farrell talking about the weird show.

Speaking to Punknews, Swezey said “For me, the Minutemen were one of the greatest bands to ever come out of Southern California. I was very aware of how important their roots in San Pedro were to their whole vibe. Pedro is more than just where the Minutemen were born but also a very special blue-collar pocket of LA with a strong history of union organization and radical politics. I used to go to Pedro for backyard parties where the Minutemen would be playing. On the way back up the freeway, I would see the cranes and harbor all lit up at night and it just fascinated me. Putting on a show with the Minutemen in San Pedro Harbor was both a completely out-there environment for a punk rock gig but also a tribute to the hometown of this great band. It was really a peak Minutemen experience.”