Tough Age returns with “Repose” from the upcoming LP 'Which Way Am I?' 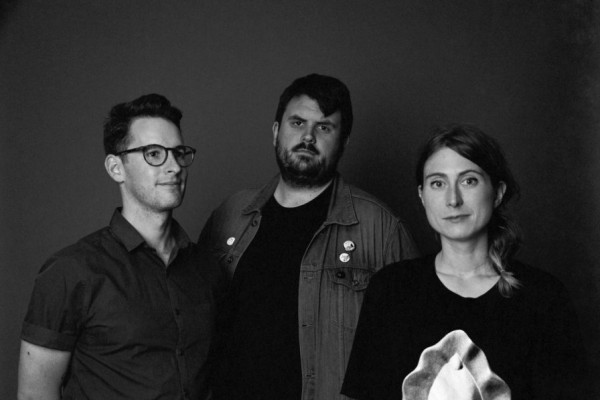 by Adam White Mint 2 years ago

Vancouver-bred, Toronto-based garage rock trio Tough Age announced their new LP today. Which Way Am I? will be the band's fourth outing, following 2017's Shame. The 11-song set will arrive, like its predecessors, on Mint Records. It's due August 7. The band offered a preview of their new work with the mellow jam "Repose," featuring Penny Clark on vocals. The five-minute track opens into an extended instrumental segment that lays bare the band's Flying Nun influence (the group's fascination with the Dunedin sound is a recurring theme these past few records).

"'Repose' is me trying to write a song about peaceful things after all of my misery songs on the previous record and 7"… I had mixed success in achieving my goal. I always write the melody first and then I decide what I want the song to be about, and then I write the words (sometimes words slip in during the melody part and then I have to write around them). To me, 'Repose' sounded like a calm and solitary night, so everything in that song happens at night."

In a press release, Samson reflected on the band's trajectory from scrappy bubble-gum pop-punk through to their current sound:

"Maybe the biggest musical inspiration over the last few albums has been The Feelies… Not necessarily in terms of songwriting or feel but in how they evolved and changed during the course of their career. Tracing the move from the Ork single to, say, The Good Earth really showed me how you could soften and expand your music without changing the meaning or intent of your art. I’m not going to cover The Beatles though."

The band's offering the digital pre-order of Which Way Am I? for just a dollar, acknowledging that "times are tough for a lot of people right now," with the label additionally donating a dollar for each pre-order to Supporting Our Youth Toronto and the Black in BC Community Support Fund. A limited-edition "Xerox black + white splatter" LP edition of the record is available, with the black vinyl sourced from recycled copies of cub's 1995 split 7" with The Potatomen (a split release between Mint and Lookout Records). In addition, that version of the record comes packaged with a book of lyrics and poems from Jarrett Samson titled Wrap Me Around Me.