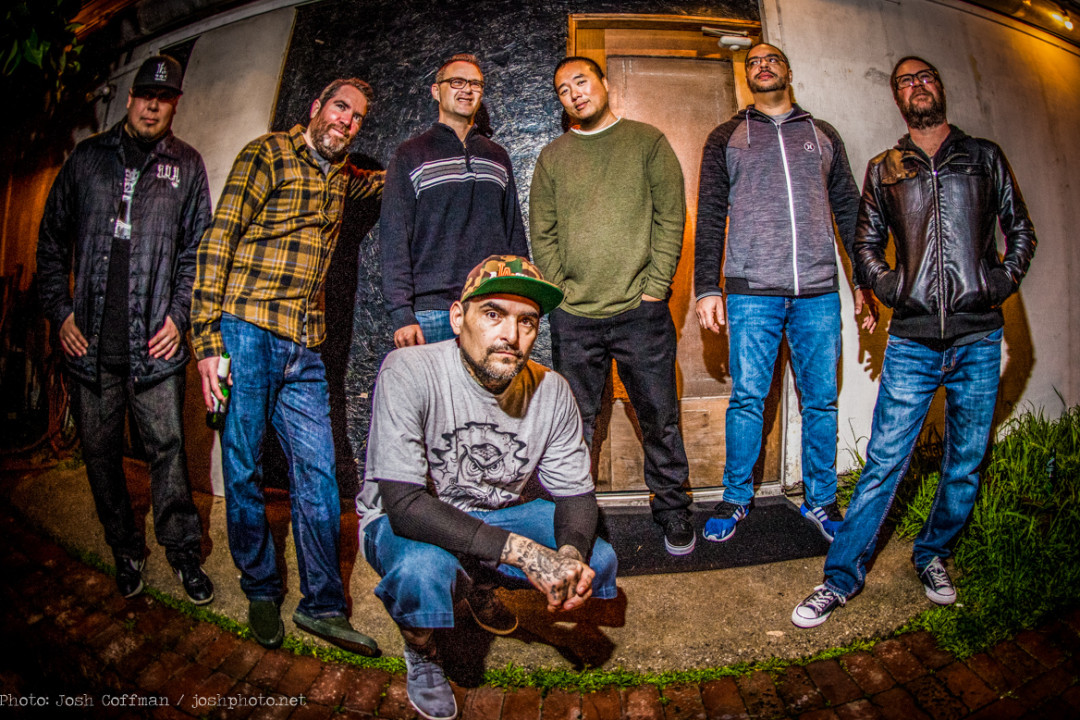 Recently, Long Beach Dub Allstars released their first album in almost twenty years. The self-titled record calls back to the bands Sublime roots, but also reaches even further to early '80s dancehall, roots reggae, and ska. Really, it's one of their strongest efforts.

To see what the band is up to, Punknews' David Wilkins spoke to Opie and Marshall from the band. You can checkout the interview below.

So tell me, what do you think of what’s going on in the Nation right now. Marshall: It’s going off where people are, a lot of cities are showing that we need to bring attention to the protests in our nation, and worldwide. A lot of opportunists who come out at night are taking advantage of the protests, but we are getting a lot of attention for Black Lives Matter. It's on the forefront of our minds, and everyone's minds. We’re making progress.

Opie: It stems from the ground up. Why are our schools painted a certain color? Why are there fences around them? Are we preparing students for prisons? We don’t have a good system, it's not really working. We need to get people to learn from what has happened, and make a change.

Marshall: These uprisings, its showing the point that people need to listen, and they seem to be ready to. I mean, look at 1965 uprising, 1992 with Rodney King, and now in 2020. All of sudden our police force armed up. Rescuing cats from trees and they carry an M16. It’s intimidating. The workforce, we are training people to be a workforce. We have to look at it differently.

How do you feel like the punk rock scene has played a role in it? Marshall: The punk rock scene has shown we have no barriers, we’re all entrenched in the punk rock scene, and they are all accepting.. Having the universality in punk rock scene it has the Anarchist tinge, and that tends to focus on the government, and you miss on the people of color movements, the latino movements. Punk Rockers are showing up. And they’re checking the other white people. Everybody fights. Rather than fights we should have them talking. A friend of mine is checking everyone who has a racist tinge on social media, and inboxing them to have a one on one conversation. He’ll put them on blast. He’s on a search for folks not walking straight. That is what Youth is about. Addressing issues with the youth.

Opie: Yeah, we’re still dealing with the same issues, Violence. George Floyd was not a perfect guy, and maybe he got a counterfeit bill. That’s for a judge to decide. Because the cop couldn’t communicate, he gets there late, and Floyd was claustrophobic, and it all adds up to the cops abusing power, and now they’re wearing different colors. Blue LIves Matters is just trying to take away their thunder. People of Color feel like they cannot go outside. They’re afraid to go outside because they could get pulled over and die.It’s so touchy right now, and everyone is going to step back, and life long friends could quickly become enemies.

Yeah, totally. I was amazed when I went to the protests to see how many people, of all races, were there refusing to let this slide. It’s like, times up. Marshall: All of these movements in the past have had a heavy role of white people in them. John Brown gave his life despite his christianity. The NAACP was formed by the jewish people who came back from WWII. The black men fought in WWII and they felt the oppression the blacks were receiving. It has to happen when white people try to make the change. Malcolm X said if you stick a knife 9 inches in to someone, and then you pull it out 3 inches you aren’t doing a favor. It’s about the content of our character. Martin Luther King may have voiced peaceful protest, but he also knew when that wouldn’t work. Saying I don’t see color is just like saying All Lives Matter. To say we don’t see color is to not recognize that people are different.

How do you think music plays a role? Opie: Well, like the aggrolites are traditional reggae music. Reggae music is black music. Roger wrote a very nice script about how reggae music is black music, and black lives matter. The awareness of black or african ties to reggae are there. Roger taking a stand now is a culmination of the Long Beach music scene. This is an underlying issue, and its always been there.

Ok, I’d be remiss if I didn’t ask you guys what you are doing? I love that we can do this interview and focus on the nation’s problems, but we are a music site, so tell me what you guys are working on. Opie: We are working on pre-production for LBDA, and, I’ve been working on music with my daughter, and working with Jesse from the Aggrolites, and of course we are going to do a lot to promote what is going on. We want to be very active.

Marshall: This record was written in a satellite manner. The way I like to produce is to submit some demos, we’ll talk about them, and discuss who’s writing what, and I like to get analytical about it all. We are back in the track submission period. We will then start putting things together. Opie listens to all of them, and then we all work together. It's a satellite manner. Then we get together for a week or two, and record everything. And in 18 months or so, we’ll have another record.

That’s awesome. I feel bad that we didn’t talk more about music, but I think its necessary to bring attention to what is going on in the world. I know you guys are busy and have another interview right after this, so I’ll just ask one more question. What are you guys listening to, or what bands do you think the readers should go check out? Marshall: I listen to a lot of Afro cuban, like the Afrocuban allstarts. There’s Ibrihim Ferer, Cuchaou, Ruben Gonzalez. I also love Bluegrass, hearing a Banjo is great for me. My dad’s favorite guy was Chet Atkins, and the banjo takes me there. There is a really ancient depth, very Gospel. I listen to a little Hip Hop as well.

Opie: Check out Corongden. It’s old Reggae, and I’m always just researching rhythms. I listen to lots of old Latin Jazz. Check out Pancho Sanchez. Excellent. Before I let you go, is there anything else you’d like to tell the readers? Opie: Stop Eating meat - Eat more vegetables and fruit.

Marshall: Listen more, talk less. Character over everything else.