Check out the new track by Guerrilla Ghost and Kool Keith! 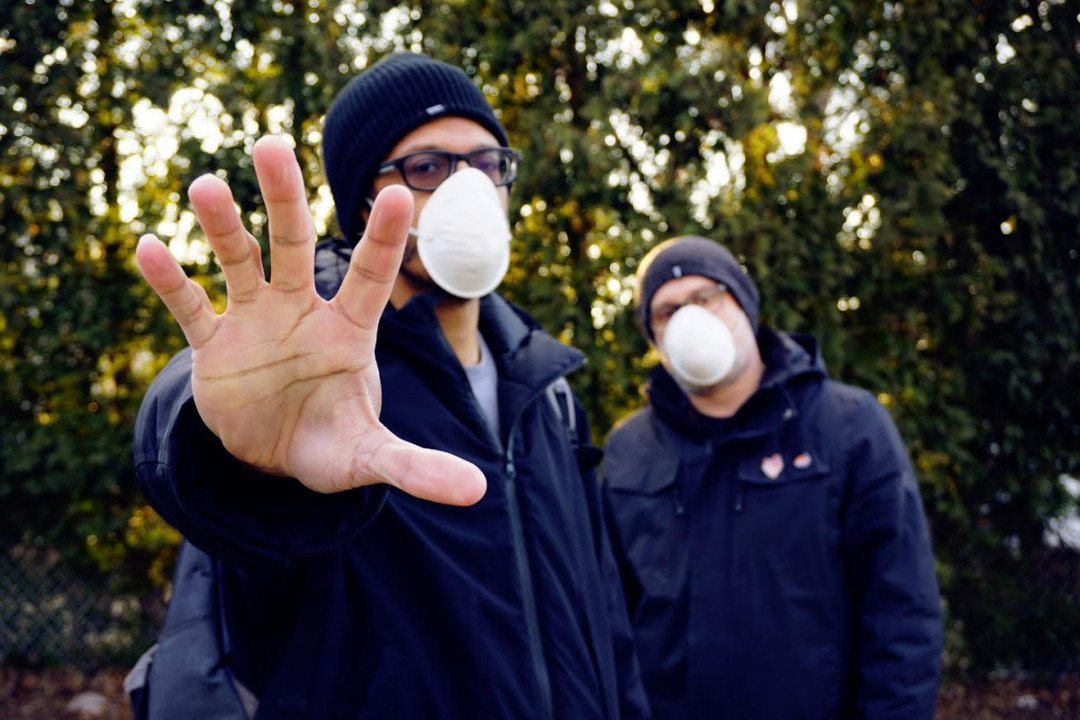 Today, we are absolutely psyched to debut the new track by Guerrilla Ghost and Kool Keith!

Guerrilla Ghost is an avant-garde Hip Hop duo from Milwaukee. The duo takes the rumbling charge of boom-bap and bolts aggressive, clanging beats over the top. It's hard, it's abrasive, and it kicks. So, it's fitting that on their new track, "Algorithm Nation 1814", the duo teams up with the freakiest of all emcees: the interstellar Kool Keith! While Guerrilla Ghost cranks forward, Keith beams in and in classic Kool Keith style, drops stream-of-conscious raps that seem to have no beginning and no end. The dude is cosmic.

Tron Jovi of Guerrilla Ghost spoke to Punknews about working with the legendary emcee: ""I've been a huge fan of Kool Keith since discovering his early solo albums and just kept following his career since. He's a true original. We opened for Keith in 2018 at a now infamous Milwaukee show at a tiny bar venue. The cops shut him down three songs into his set. His crowd was one of the most receptive crowds we've played to. As we started planning this record, I reached out to Keith to see if he'd be interesting in doing a feature. He responded quickly and expressed interest, so I told him I'd reach back out when it was time. Once the COVID-19 quarantine orders were in place, Chuck and I scrambled to change up our production approach in order for us, and our collaborators, to work remotely to finish the album. I reached out to Keith to work out details of having him on the record, and as luck would have it, he had access to studio time during lockdown. I gotta say, it feel pretty good to have such a prolific and experimental artist, who's career I've followed most of my adult life make an appearance on our record."

"It's beyond an honor to have material featuring Kool Keith in our catalogue," adds Bad Graphics Ghost, Emcee of of Guerrilla Ghost. BGG also explains that the song itself is abstract, and is intended to bend to the listener's own perception: "The concept of the song is something that everyone can relate to yet will hold a different personal meaning based on each individual experience. Don't spend too much time on the internet kids. Go outside and listen to this instead."

We Get What We Deserve is set for release on July 31 via Triple Eye Industries. You can pre-order the new Guerilla Ghost album right here and you can check out "Algorithm Nation 1814" below, right now!