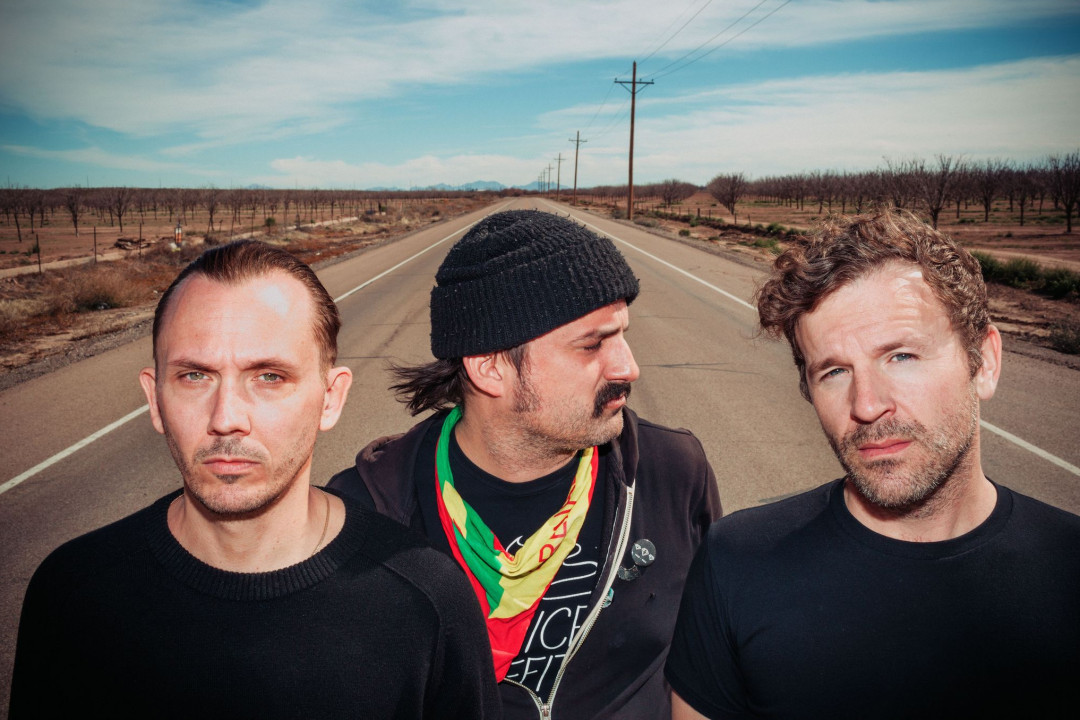 Well, our The Lawrence Arms three-day rampage is wrapping up! But, we've got one final treat for you! Punknews' David Wilkins spoke with the band's Neil Hennessy! Check it out below!

So, tell me about the new album, what was it like with this one? The process was different than before. We don’t live in the city anymore. It was difficult to find a place to rehearse, and we don’t have equipment. WE found a place in El Paso where we could record. We flew everyone down, rehearsed, and recorded. We were in a setting that was so remote, that all we could do was talking about the record. We talked about what would or wouldn’t work. It felt like making a Lawrence Arms record, but slightly different. I think it ended up pretty well.

And this feels like your, what, tenth record or something. This is the 7th record.

So after 7 records, and several labels, who was the best to work with? All the record labels were great. Mike park allowed us to be the bumbling band we were. Fat picked us up and we stepped it up and made a few videos. We went to Europe once or twice, but it really picked up after that. Epitaph has just a little more reach, but very familiar to Fat. They might have little pointers that we missed, but all the labels have been great.

So, I wouldn’t be doing my job if I didn’t ask you about the state of the world. Where do you see it going, and how do you think it will all end up? I don’t know where it’s headed. I hope there is an opportunity to learn, and keep a conversation going. Hoping there will be a dialogue continued after, and that everyone starts to understand we’re all Americans. When you’re keeping a person down, and its stemmed from years of built up animosity, none of the distractions exist. I’m really hoping that dialogue will continue into the future. I think the old right wing are on their way out. I mean, how much longer can they survive? It’s interesting to see the next tier down of republicans, so in the next ten years, no one is going to be fighting so hard against the people, and life will get a little more manageable for everyone.

What’s your advice for others who are out there fighting? It’s about calling that shit out.

Let’s take it back, since we’re going to do a whole The Lawrence Arms tribute thing, tell me about how it all started? We got together in February in 99. At the time I was playing in some Hardcore band – I was playing guitar for that band, but I mentioned I could play the drums.

Sorry to interrupt, but I’ve seen you play for several bands, in several spots so were you always a multi-instrumentalist? I spent most of my youth playing guitar. My older brother played guitar, and his friends band would come over and practice at our place, and I’d mess around on the kit. Next thing you know, I was playing drums.

So as you got older, did the scene kind of force you to stay on the drums, or did you make the choice? As I got into high school, I just wanted to play music. I’d look for a band as guitarist, and there would be all these other guitarists, so eventually I’d say I could play the drums too. That’s what happened with The Lawrence Arms.

That scene you grew up in was killer, so there had to be plenty of great musicians out there. I imagine you’ve played with most of them at this point, but who were some of your favorites? Back in ‘90s it was a more eclectic scene. Some of the first shows Alkaline Trio played I was there with my band. They were so focused. It was before they were huge, but they were huge. Tim from Rise Against, he was my guitarist in an early band. I’d be hanging out at the house with these “big” names. It blew my mind when Tim said was signing to a major.

Yeah, that was that second wave of ‘90s bands. You had the early wave of The Offspring, Rancid, and Green Day, then it felt like punk blew up again. Yeah, you had bands like Good Charlotte, New Found Glory, and others. And then Tim’s group just exploded. We’re all proud of each other though. It’s not like a competition, and that’s one of the greatest parts.

Well, I don’t want to keep you too long, but I always like to ask what everyone is listening to, so let’s hear it? I just put on the Buzzcocks Owner’s Manual. I remember it was one of my first. Been listening to Diamond D. who is a Hip Hop guy. He makes beats. Yo La Tengo – The Sounds of the sounds of Science. I get curious, like Neil Young, put out a record from 75, and so if someone puts out an unreleased, what did that record not have the ability to do. What if someone else had heard that record in 75, and it changed the course of music?

Yeah, like what if Fat Mike had heard it, and never got into punk? Hah! Alright, what about some local bands or bands who don’t get enough rep. Who can I shout out for you? Time Thieves, they’re a bunch of friends from Chicago, its guys from the Sass Dragons, and Fuck You Idiot, really heavy synth pop. I believe it was just put out by Anxious and Angry.

Alright – Well thank you for doing this, and good luck on everything that’s coming up!

Interviews: Jesse Barnett and Sergie Loobkoff of Ways Away