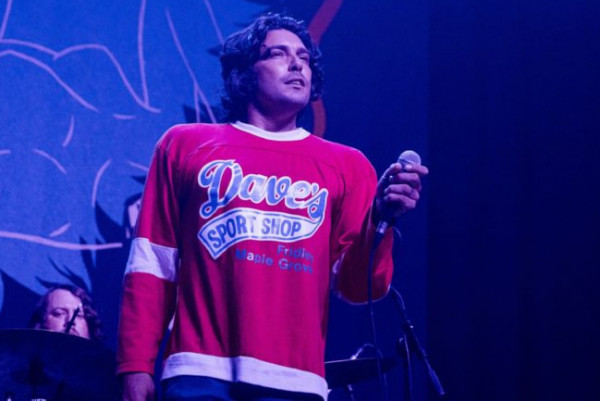 The Growlers were one of the bands accused of inappropriate behavior in the wake of the collpase of Burger Records. Starcrawlers Arrow De Wilde stated while on tour with the Growlers, the band hired a male stripper, who then was locked in a room with De Wilde. De Wilde states that the stripper did a performance, including rubbing his genitals on De Wilde, and refused to let De Wilde leave, while the band filmed and laughed at the events.

Further, accusations have been leveled against co-founder Matt Taylor specifically, who will leave the band, indefinitely. Co-founder Brooks Nielson stated that Taylor has a hired a third party to investigate the allegations. Meanwhile, earlier, keyboardist Adam Wolcott Smith left the band permanently following allegations issued against him.

You can see Arrow De Wilde and Nielson's statements below.

For the last 6 months I've struggled with something that happened on tour this year involving the growlers. I've been unsure whether or not to share this story publicly as I've been dealing with it in my private life and it's a hard one for me to tell. The bravery of everyone that's come forward has given me hope, but after every one of the accusations against them has been either denied or brushed of as "old behavior" I feel obligated to share this very recent experience.

In january we did a 2 week australian tour with the growlers. It was our first time in Australia, and we were really excited to be there with an older, more experienced band. We felt a sense of comfort knowing that they had us "under their wing". On the last tour we'd been on opening for a bigger band, there was such an amazing sense of solidarity, that by the end of it, we felt like one big family. The start of the growlers tour was really fun and we all got along super well, it seemed as if it were shaping up to be another great tour, until things got weird at one of the last shows in melbourne.

During the last song of the set, my band continues to play as I exit off stage. I entered the dressing room and was immediately ushered onto a couch. I sat down, barely had a moment to catch my breath (drenched in sweat & fake blood), when all of a sudden a dude in a paramedic uniform bursts into the room. It's very common that this happens so I didnt think much of it (a lot of venues will think that they stage blood is real and send a medic to me backstage). Soon after he bursts into the room, he rips off his uniform and music starts playing. I realized then, it's a male stripper & begin to laugh as it honestly was pretty funny to me at first.

My bandmates tried to get backstage but the doors have now been locked (which I later found out). The stripper, giant muscles and all, grabbed me, put me in a chair, and started to give me a lapdance. The humor faded pretty fast when it just wouldn't end. I swear it went on for almost ten minutes. Every time I tried to get up he pushed me back down. It started to feel more and more degrading as each layer of clothing peeled off his body, the growlers just continued to laugh and film the whole thing. Soon he was down to a speedo and I knew where it was headed.

I closed my eyes and put my hands over my face as I felt his bare dick and balls rubbing and pressing against my chest and face as he continued to hold me down. I started to feel really panicked. My heart was beating so fast. I've never seen a striptease like this before. Everyone in the growlers were standing all around me, laughing and taking videos the whole time, no one ever stepped in. Once it was finally over, I ran to the bathroom to collect myself (aka cry) and wash the dick off my face. Everyone was still laughing and rewatching the videos to see my facial expression, talking about how "shocked" I was. I later found out that the whole thing was Brooks' idea & that it cost them a few hundred bucks, which to me is a pretty expensive joke.

After reading a lot of other terrible experiences girls had with them years ago, I wanted to write to let people know that this shit is still happening. While none of the growlers band members assaulted me directly, they hired someone else to for their enjoyment. It was a huge bummer for me because up until that point, I truly believed that they had respect for me and saw me as an equal. If this were a high school movie, they would be seen as bullies, but since they're in a band it's seen as "rock and roll". I know my experience isn't the same as some of the survivors who've come forward recently, but the humiliation and lack of respect they've shown so many women seems like a pattern. It's a pattern that that needs to stop.

This is Brooks Nielsen, singer and co-founder of The Growlers. This week has been a wake up call about our behavior at shows, after shows, in interviews. With girlfriends, journalists, friends, fans. Behavior that was insensitive, offensive, or even improper.

I apologize for my actions, and for any band members, that have hurt, offended or damaged any person or made anyone feel less than 100% safe.

I take full responsibility and accountability for the behavior of all Growlers' band members, past and present. Most recently including lack of judgement in arranging a male stripper as an end-of-tour prank to dance for the great Arrow De Wilde, who I admire so much as a person, artist and performer. This was a horrible idea that turned out even worse.

To Arrow: I was supposed to take care of you. I was supposed to protect you. I let you, your bandmates and your family down. For that, I am forever sorry. I am deeply saddened that I've lost your friendship and trust. I hope that one day you can forgive me.

When I look back at the antics of the early Growlers, I am regretful and embarrassed. We were trying to be provocative, unpredictable and chaotic, but in reality we were juvenile, idiotic and cruel. We were blind to the big picture of the powers of the music and the responsibility of the artist to their fans.

I lacked empathy and awareness. What my friends and I might thoughtlessly have considered no big deal, or funny, or just meaningless, actually had a lot of significance for the other parties involved.

Songwriting, world traveling, and fatherhood have been my personal evolution. I grew up in this band and changed because of the love and respect that I have learned from it. I was insular and narrow minded. I hadn't learned the set of values and morality that I strive to carry with me today. I want you to know that I take these allegations very seriously and am deeply affected by them. I am changing. I want to be and will be better. To that end I will be seeking counseling to overcome these bad behaviors of my past and to be a better man moving forward.

Moving forward, these are some of the steps that I'll be taking for both myself and the band.

Co-founder and guitarist Matt Taylor is taking temporary leave from the band. Although he adamantly denies the allegations made against him, he has hired independent representation to best evaluate and navigate his situation.

I am contacting a range of peers and collaborators across the music scene, asking them to share their feelings and advice. I will be listening to their feedback with the intention of improving myself and The Growlers, finding ways to make our fans feel safer, and creating healthier environments in the future.

I'll be working to raise awareness and as much money as I can for Times Up, East Los Angeles Women's Center and other organizations that support women who have suffered violence, abuse, and discrimination.

I pledge to learn from and come out of this experience as a better person. For now, this is me speaking from the heart.