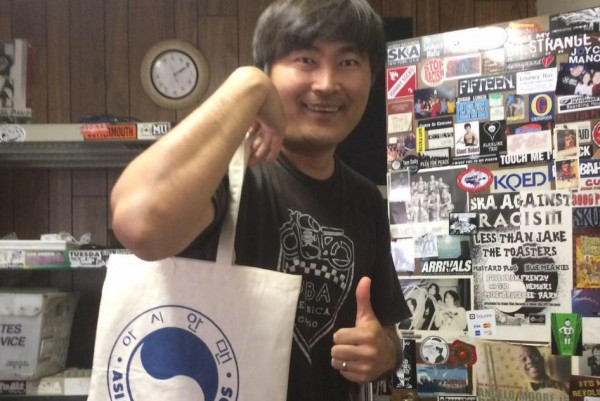 Mike Park, the guy that runs Asian Man Records is starting a new podcast and we are THRILLED to debut the first episode!

The show is called Music. It's Powerful Stuff. In the show, Park interviews bands and sometimes they play some tunes. The first episode finds Park chatting with Grumpster who play some of their new tracks. Grumpster is one of the newer bands on Asian Man Records. They play rough, ramshackle pop-punk that calls back to the hey day of 924 Gilman. They are noisy but a;sp very catchy. If you read this site, you will dig them.

The show is recorded at Park's recording studio District Recording in San Jose, California and looks to be pretty cool. You can check out the first episode below, right now!

Exclusive Videos: The Fizzgigs: "Is This Real?" (Wipers cover)