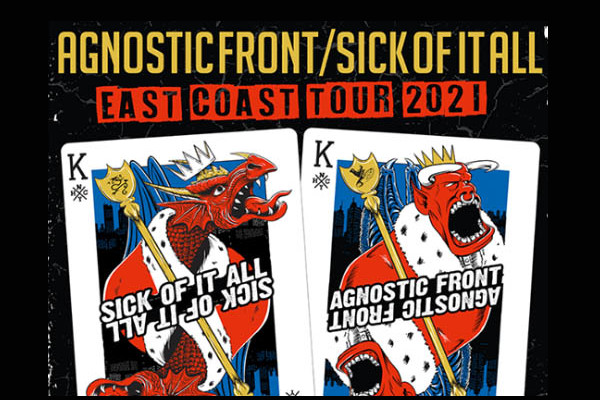 Sick of It All and Agnostic Front have announced rescheduled dates for their East Coast tour. The tour will now take place in 2021 with all previously purchased tickets being honoured. Dragged In and Crown of Thornz will be playing support on select dates. Sick of It All released Wake the Sleeping Dragon! in 2018 via Fat Wreck Chords. Agnostic Front released released Get Loud! in 2019 on Nuclear Blast. Check out the new dates below.