Maxrnr to no longer publish white writers unless focus is on POC, will pay black contributors 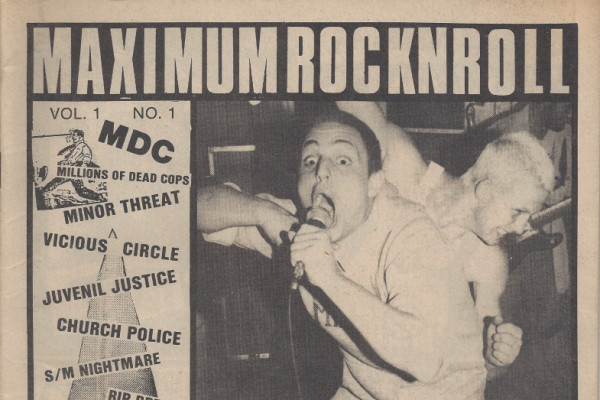 Last year, Maximum Rock n Roll stopped publishing physical issues, but maintained an online presence. The publication formed a board that, as they stated, "dissolved" into a collective.

Today, Maxrnr collective announced some fairly bold changes to the publication. The publication has stated that until further notice, they will not publish material by white writers unless the material by the white writer specifically interviews POCs. The collective will now also pay black contributors (prior, Maxrnr did not pay for contributions to the magazine). The magazine did not state that if it will pay other non-black POCs or other under represented people, and did not state what it would do about people of mixed backgrounds. They are having an online meeting on October 3 to discuss the changes, which are open to the public

You can read the full statement here, which has also been posted below.

What We Do Is Not Secret

Maximum Rocknroll is restructuring and renewing our efforts to fight white supremacy in punk through transparency, changes to our leadership, and content policies.

In 2019, after years of dramatically declining print sales and annual losses, members of MRR’s “board” — an informal and open group of long-term shitworkers who were organized to make long-term decisions for the magazine, primarily hiring coordinators — announced that the magazine would cease printing. (For more on that, read: http://maximumrocknroll.com/article/mrr-rip-faq/) The decision-making process that led to the end of the print run omitted the input of coordinators, contributors, and shitworkers. Given the inescapable financial pressures, the end result was simply a matter of time, but its execution was a definitive misstep that laid bare the internal hierarchies, infighting, and general lack of transparency prevalent in the magazine at the time.

In an effort to decentralize labor and dissipate the existing hierarchies, Maximum Rocknroll’s board dissolved into a collective that includes all those willing to contribute to the growth of the website and to ensure a future for MRR. We hope this model will be more sustainable for current and future punks, and prevent the overload and subsequent burnout that has affected so many volunteers and coordinators in the past.

Over the years, and despite efforts to fight back against the white supremacy that permeates punk, Maximum Rocknroll has been guilty of reproducing those very same dynamics within our pages and our ranks. It is absolutely essential that this next iteration of Maximum be leveraged to amplify BIPOC punk voices. We commit to the following changes in order to ensure that any and all resources available to Maximum Rocknroll contribute directly towards this goal:

We commit to maintaining a focus on uplifting the art and political ideas of Black artists, musicians, and activists.

Maximum Rocknroll has paused the publishing of columns by white people unless they are amplifying (e.g. interviewing) POC.

This pause in publishing will continue until we are confident a broader range of perspectives can be reflected in the magazine.

Our collective members have pooled together money in order to offer donations to Black contributors. While MRR has always operated on a voluntary basis, we recognize that asking Black people for free labor reinforces accessibility barriers and white supremacy.

The content in MRR is created and edited by an international network of shitworkers who work together to provide a resource for punks worldwide. This network is growing and moving forward with an increased effort to be more racially and geographically representative. You can be part of it. If you have ideas about what you would like to contribute or see on any of MRR’s platforms: Maximum Rocknroll Radio, social media, and website, please get in touch!

MRR meets on the first Saturday of the month. All are welcome to attend these meetings as observers or as participants. Our next meeting is October 3rd, 2020 at 11:30am PST. Zoom details and agenda here.