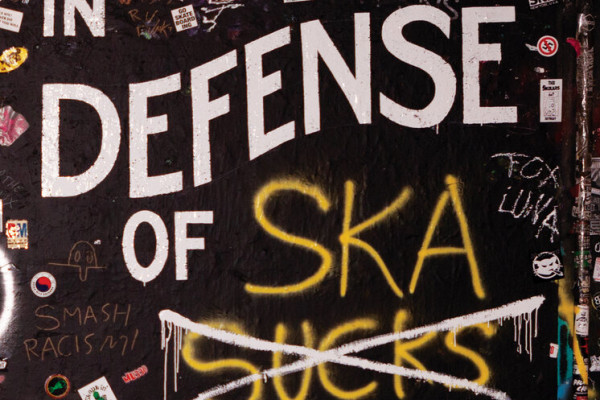 Aaron Carnes has been in multiple ska and ska-influenced bands including Gnarboots and Flat Planet. Recently, he contributed to the new album by ska-punkers Omnigone. Today, Carnes announced that he's releasing a book on ska.

It's called In Defense of Ska and is described as: " a mix of interviews, essays, personal stories, historical snapshots, obscure anecdotes, and think pieces, In Defense of Ska dissects, analyzes and celebrates ska in exactly the way fans have been craving for decades."