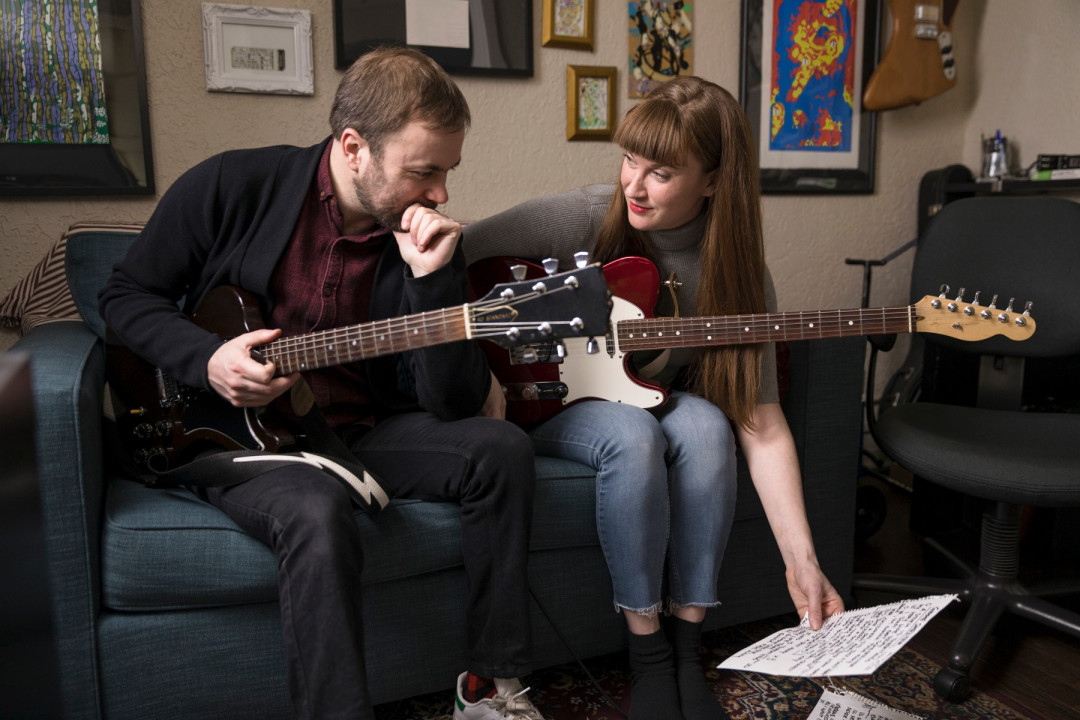 Last week saw the self-titled debut release from Calgary power-pop act Self-Cut Bangs. The high-energy duo features Carley O'Neill of the synth-pop group Dark Time paired with Shawn Petsche of the high-octane Napalmpom. The project materialized as a means to widdle away the quarantine hours, with the full record conceived, written, and recorded over the summer.

From the press release:

"Initially started as a means to kill time without killing their wallets in the very early days of 2020 quarantine, Cayley O'Neill and Shawn Petsche spent a short Saturday afternoon writing a rock song that looked forward to time outside of their small Calgary apartment. As quarantine was extended, so too was the tradition of waking up Saturday morning and writing and recording a song before the sun went down, by themselves, for no one else but themselves. Before they knew it, they had an album's worth of material that they slowly admitted to themselves was 'actually pretty good. Maybe even really good?'"