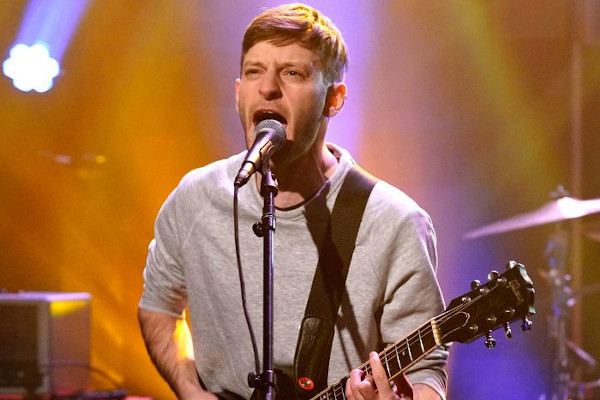 by Em Moore Rise 2 years ago

Stefan Babcock of Pup has announced that he is releasing a book. The book is called Rupert Reaper and is available for pre-order now via Little Dipper. This is his first book and is described as a “nihilistic kids book for adults”. A portion of the proceeds will go to Youth Mental Health Canada. Stefan Babcock will also be holding a solo livestream, called “Stefan’s Lead Singer Ego Trip”, on YouTube November 1 at 2pm EST. The livestream is a benefit for the ACLU. Pup released their EP This Place Sucks Ass earlier this month.

I MADE A KIDS BOOK FOR ADULTS. I’m really proud of this thing. It’s about a little grim reaper named Rupert who is very sad, because every time he makes a friend he accidentally kills them. $15, on sale now, LINK IN BIO. There is also a limited edition screen-printed poster available. Every poster is hand numbered and signed by me. $1 from every book sale goes to @youth_mental_health I’m also doing a free solo livestream this Sunday at 2pm ET, it’s called “Lead Singer Ego Trip”. I’m gonna play some pup songs you’ve heard and some not-pup songs you haven’t heard. The stream will be raising funds for the @aclu_nationwide to help support their fight against illegal voter suppression. TY to all my friends who helped me edit this project, especially @buttlips who coloured the cover, and @amandafotes who dealt with my endless neurosis.

I Am The Avalanche release new song, "Dive"