Check out the new video by Life in a Blender! 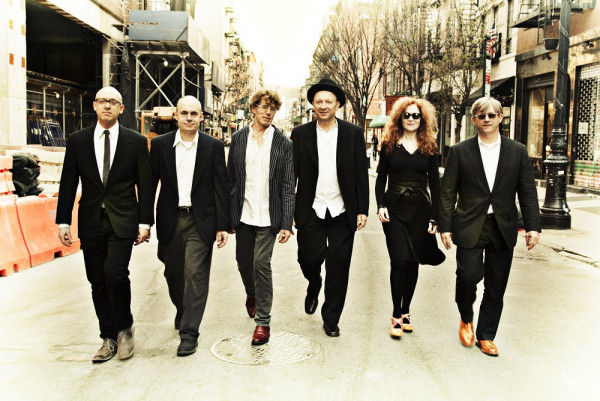 Today, we are pleased to debut the new video by Life in a Blender!

"Vacancy for a Bluebird" was inspired by Vonnegut's essay collection A Man Without a Country. Like the collection, the song seems to amusingly wander from topic to topic until the pieces fit together, revealing the song's focal point. The lyric "This is not what I fought for… the interest of the one percent…" The track rolls along in an easy going drift, resembling Tom Waits here, Bob Dylan there, and maybe New Model Army over there, which makes the subtly dropped lines about 2020 hit that much harder.

The video's director, Larry Fessenden (Wendigo, The Last Winter, Habit, Depraved) spoke to Punknews about the track: "I wanted to have a strong narrative thrust, to have a sense of suspense, waiting for the arrival of the bluebird, so I got the birdhouses and had them empty in a field, waiting in anticipation. I kept thinking of that 70s pop song "Tie a Yellow Ribbon Round the Old Oak Tree” where the whole song builds to this image of hundreds of ribbons around the tree. Still, it took a nudge from animator Beck Underwood to realize I should have several birds at the end. Of course, the image is a bit menacing like a shot out of a Hitchcock film! Later, I came to understand the song was based on a Kurt Vonnegut essay featured in his book A Man Without a Country, so I tracked down the book and incorporated some of Vonnegut’s ideas into the imagery. He wrote at a time when the country seemed to be falling apart. He had no idea!"

You can pick up the band's new EP right here and check out the video for "Vacancy for a Bluebird" below, right now!