Check out “A Prison Just For Us” from Ottawa's T-Rex Marathon! 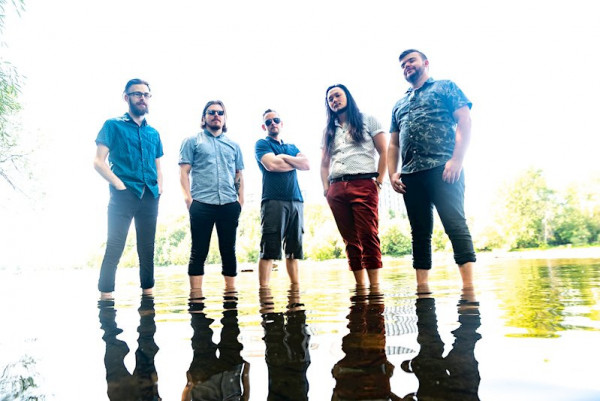 Ottawa post-hardcore quintet T-Rex Marathon released their debut album Days Without Incident exactly one month ago, earning the dynamic group comparisons to Alexisonfire, Silverstein, and Coheed and Cambria. We're thrilled to premiere a new lyric video for the single "A Prison Just For Us." Check it out below!

The band had this to say about "A Prison Just For Us":

A Prison Just For Us is one of those songs that we knew was good right off the bat. Sometimes with our music, there's always that little bit of doubt, or the need to really rework it until it's been worked on too long, but not with Prison. We wrote it and instantly knew that it was one of our best songs. So when came time to picking singles, it was really difficult. We knew this song was one of our favourites to be our lead single, but felt that it may be a bit less approachable than others, so we decided to have it as our second single. When we later found out that we would be doing a lyric video for it though, we had no idea what to do. We didn't really have an idea of what we wanted, except for colours that we felt went well with it, which is not too much to go on. Anndy took a listen and almost immediately had a vision, and within a few days had a sample that we essentially loved right away. He really helped us notice things about the song that we hadn't really seen before, and tied it up real nice. We're extremely happy with this video: simple, impactful, and vibrant, just like the song it accompanies.