We Too, Will Fade: “Everything Falls Apart as It Should” 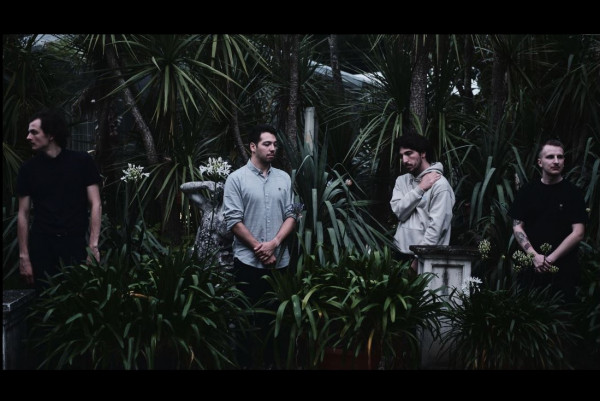 We are so pleased to bring to you a Punknews exclusive premiere lyric video for German melodic hardcore band We Too, Will Fade. The band just released their brand new sophomore EP titled Everything Falls Apart as It Should through Midsummer Records.. Today, we have the title track of the release, see below. The release is a 3-track release that showcases their own mix of melodic post-hardcore, with hints of emo and post-rock influences.

“The title track of the EP is something very unique and special to us. The main acoustic guitar part has been there for several years now, however it all came together and made sense in mere seconds once the words “Everything Falls Apart As It Should” were said out loud the first time. We knew we wanted a softer, more ambient come-down after the two roaring tracks to create a very well-rounded dynamics and progression throughout these three pieces. Alex Scherffig, the person behind this gorgeous video, captured this progression visually and created something equally aesthetic as the music video of the first two tracks, but with a hint of an eerie atmosphere to perfectly accommodate the gloomy lyrical side of the song. Alex is a long-time friend of ours and we’ve worked on several occasions before as well, so when he reached out to us with wanting to put together a video of EFAAIS, we already knew that whatever would come out of it would perfectly fit our visual vision of the music, an expectation that turned out to be true.EFAAIS is a broken home, a place you have to go back to with a certain unease. But it is our, your home.” – Shmagi Liklikadze