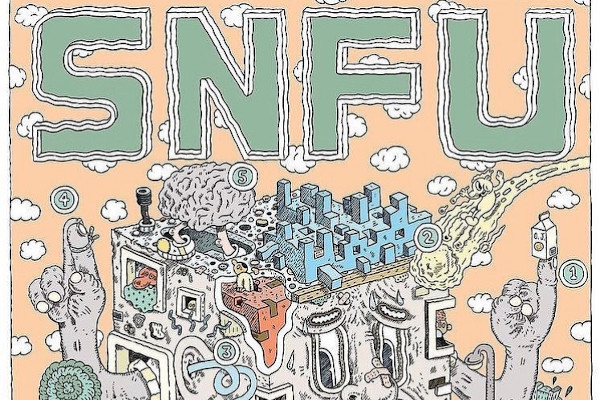 SNFU are releasing a new record. It will be called A Blessing But With It A Curse and will feature five previously unheard songs that were recorded during the recording of their 2004 album In The Meantime and In Between Time. The record does not currently have a release date. The record was announced by SNFU co-founder and guitarist Marc Belke on Instagram in a statement that reads,

“I’m to excited not to share this with #snfu fans. Here’s the cover for the second piece to our 2004 album In The Meantime & In Between Time. Five songs that were recorded in the same sessions. Cover art by the amazing @marcbelldept . More details to come.”

Propagandhi also shared a post on Instagram that reads in part, “Chris plays some guitar and we all do some vocs on the upcoming SFNU record A Blessing But With It A Curse! We are honoured to be a part of it and the songs are killer! What more could a few prairie punks ask for in life? (This is just a little teaser for the record, it won’t be available for a little while yet.)" SNFU singer Mr. Chi Pig passed away in 2020. See the posts below.