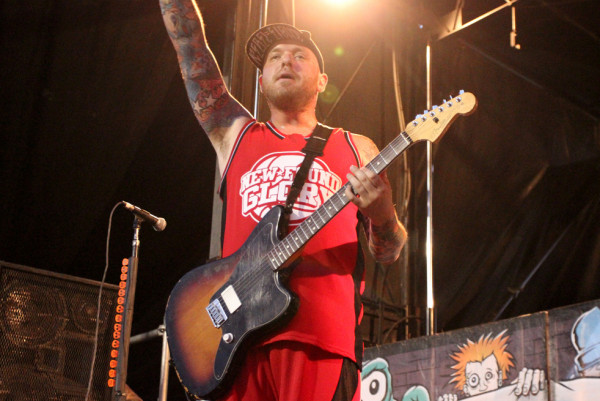 In late 2013, Steve Klein, who was a founding member of New Found Glory, was charged “five felony counts of lewd acts on a child, as well as a count each of contact with intent to commit a sex offense and possession of child pornography, stemming from sexual two-way chat room videos involving underage girls found on an external hard drive at Klein’s home.” According to the allegations, Klein engaged in sexually explicit discussion and shared inappropriate pictures with girls aged 14 and 15 during the timespan of 2010 to 2012. He left the band around the time that the charges were filed.

On February 9, Klein entered into a plea agreement at a pre-trial hearing conference. In exchange for the rest of the charges being dropped, Klein agreed to plead no contest to a felony charge of indecent exposure. He was sentenced to serve two years of probation without prison time at his sentencing hearing. He will be required to register as a sex offender for at least 10 years. However, as per Ilan Funke-Bilu, Klein’s attorney, if Klein complies with the terms of his probation for one year, his felony conviction will be reduced to a misdemeanor, meaning his probation would be terminated.

In Memoriam: Bunny Wailer has passed away