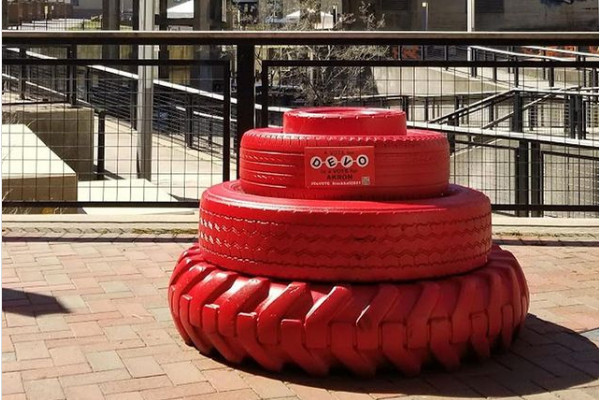 Devo’s hometown of Akron, Ohio has declared that April 1 will be “Devo Day”. The day will kick off a month of support for the band who are up for induction into the Rock and Roll Hall of Fame this year. A statement released by the mayor reads,

“The City of Akron has an unbelievable sense of pride, especially when it involves the success of our people. We are, and will continue to be, immensely proud to be the home of Devo and will be rallying this great community to help them achieve the recognition they deserve.”

The city will reportedly be placing fifty Energy Dome sculptures made out of recycled tires throughout the city with scannable QR codes that will let people vote for the band on the Rock Hall website. Cardboard cutouts of the band will also be placed around the city and there will be interactive storefront window as well as a video called “DEVOtional” that will feature Jack Black, Tony Hawk, and the mayor of Akron, Dan Horrigan. Akron’s Goodyear Blimp is also going to appear. The video is up now on the mayor's office's Facebook page.