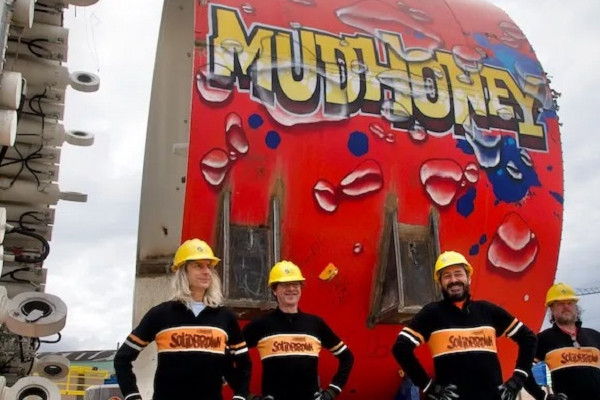 Via an Anonymous Source, Posted by John Gentile 9 weeks ago

Seattle has purchased a new tunnel boring machine. The city plans to use the machine to reduce sewer overflows. The city also allowed city denizens to vote on the name of the machine. Our of more than 1,000 entries, "Mudhoney" won the naming contest. The band Mudhoney was on scene to unveil the release of the new machine. You can see the unveiling below.

King Azaz release "Let Yourself Out"