Check out the new Pro-Zack Morris video by Death to Slater! 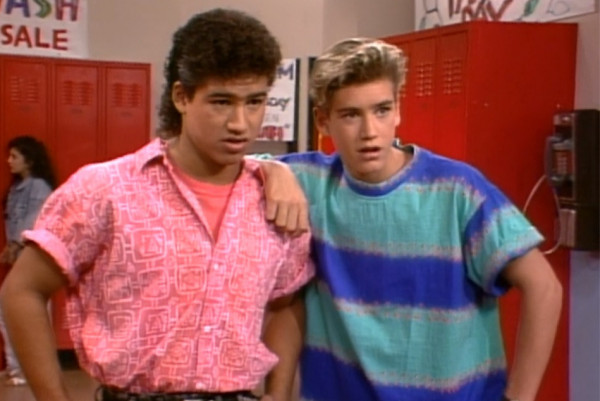 Are you tired of the confident, handsome, popular, buff, jock stealing all your thunder? If so, you will love Death to Slater. This band sings about one thing and one thing only- how much they hate AC Slater from Saved by the Bell.

You may familiar with the "Zack Morris is Trash" video series in which propaganda, fake news, and one-sided reporting are used to discredit Bayside School's most promising student. Well, don't believe the hype.

Death to Slater are here to set the record straight. The band kicks out high energy, grungy punk tracks about how Ac is a huge prick. For instance, their new song, "Earthquake," is about the time an earthquake struck Bayside High, leaving Zack Morris to deliver a baby in an elevator while his "friend" AC bailed. Total Slater move.

The single is out today and you can pick it up here. Meanwhile, check out the video for the song below. Rarely have we been this proud to debut something.