Listen to Neil Fallon of Clutch and Joecephus cover Nazareth! 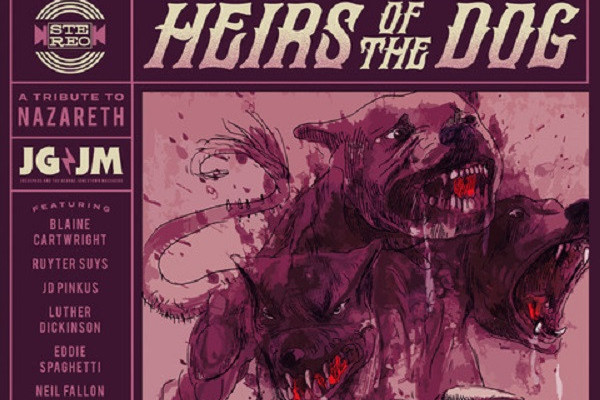 Today, we are very psyched to debut a new video by Joecephus and the George Jonestown Massacre and Neil Fallon of Clutch. It's a Nazareth cover!

At least in the states, Scotland's Nazareth are underappreciated rock legends. The band used the electric blues power of Led Zeppelin and the barroom brawl lyrics of AC/DC and cut albums that frikkin' ROCKED. You probably know the tune "Love Hurts" (actually an Everly Brothers cover), but what you may not know is that, for the most part, Nazareth kicked out high energy, hard rocking tunes that influenced many of the early punkers- just ask Keith Morris, Greg Ginn, the Sex Pistols, the Melvins, etc etc etc.

Meanwhile, for the past few years, Joecephus and the George Jonestown Massacre have been putting together tribute albums with their punk, hard rock, and metal friends in order to to show the connection between 70s rock, '7os country, and early punk. He's already done albums saluting Black Oak Arkansas and Johnny Cash. The newest release salutes Nazareth by covering the seminal Hair of the Dog album in full and features contributions from Neil Fallon, Eddie Spaghetti, Ruyter Suys, Blaine Cartwright, JD Pinkus, and a while lot more. We're thrilled to debut a cover of the classic epic, "Please Don't Judas Me" with guest vocals by Neil of Clutch!

Speaking to Punknews about the track, Joecephus said, "I have loved Nazareth's Hair of The Dog album since I first heard the cassette from my cousin back in 83 or 84. The idea to do the full album came after a couple of margarita's, then after some thought it also seemed to be a good different angle to take after our last two tribute LPs. Being a huge Clutch fan I was blown away when Neil Fallon agreed to sing 'Please Don't Judas Me' with us and then Memphis artist Nathan Parten took everything to another level with his mind blowing animated video. Super excited with the way both the record and the video has turned out!"

The album is out in May and you can pre-order it right here. Meanwhile, check out the trippy video for "Please Don't Judas Me" below, right now!