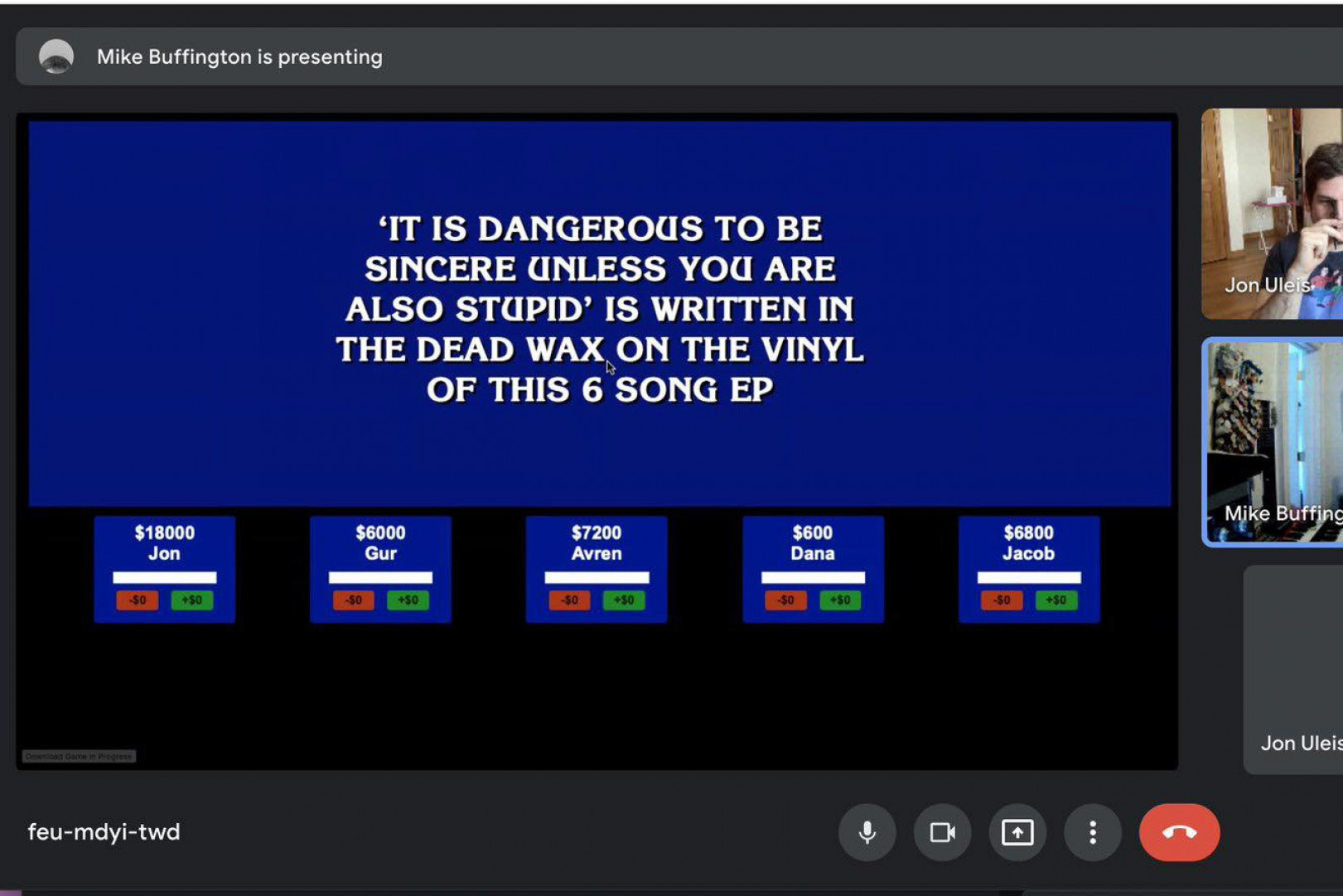 by Samantha Barrett Podcast 6 days ago

Punknews Podcast Network's show This Might Be a Podcast, hosted by staff contributor Greg Simpson, put on a professionally-produced parody of Jeopardy called This Might Be Jeopardy. The Podcast patreon subscribers volunteered to be contestants and TMBG super fan and archivist Mike Buffington played the Alex Trebek role as they worked their way through Jeopardy, Double Jeopardy and Final Jeopardy. You can watch the whole show below.