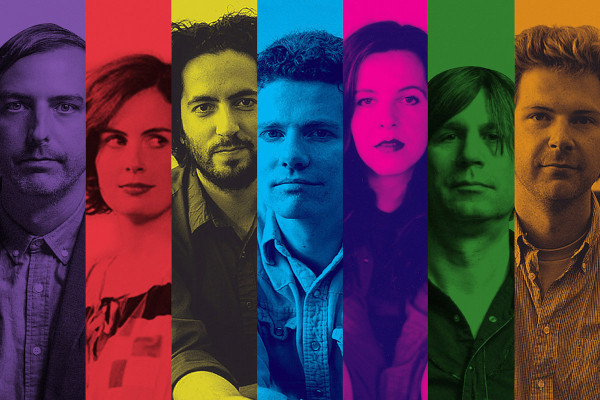 The New Pornographers have announced that they will be reissuing their 2000 debut album Mass Romantic on vinyl. The reissue will come with a bonus 7-inch called Letter From An Occupant that features two B-sides, "The End of Medicine" and "When I Was a Baby". The reissue will be out December 10 via Matador Records. A video for the remastered version of "Letter From an Occupant" has been released. The band have also announced a North American tour for this fall and winter where they will be playing Mass Romantic and 2005's Twin Cinema in full on alternating dates. The lineup for the tour is A.C. Newman, Dan Bejar, Joe Seiders, John Collins, Kathryn Calder, Neko Case, and Todd Fancey. The New Pornographers released In the Morse Code of Brake Lights in 2019. Check out the video and tour dates below.