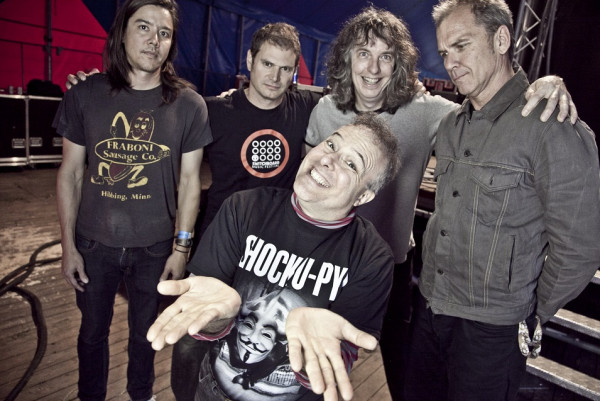 Jello Biafra and the Guantanamo School of Medicine have released a new 7-inch. "No More Selfies/The Ghost Of Vince Lombardi" is out now via Alternative Tentacles. Those tracks were on the CD version of Tea Party Revenge Porn, but not on the vinyl version. The label stated: "Why on a 7” and not on the LP? The high speed “driving tests” Jello always uses to find the best rockin’ song order for his albums (since the Dead Kennedy days of “Fresh Fruit”!) meant going “lean, mean (and LOUDER!)” for the LP version, and two more songs in the middle for the CDs and download. These are not outtakes or “bonus tracks”. They make quite a strong 45 on their own. So play often! Play loud! And don’t let “Winning is the Only Thing” cloud your judgment! Like it still does a certain clown who used to be president."