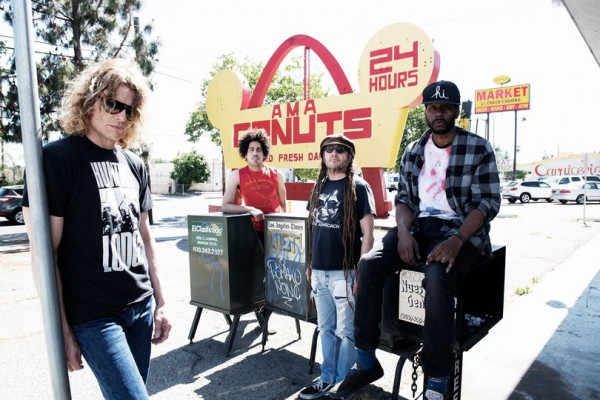 Recently, OFF! revealed that they are back to being an active band, and also that they had a new rhythm section. On Wednesday night, the band played a surprise, short set of all new songs. The set was played to celebrate the opening of the museum of Future Present.

The museum is a collection of 11 music based art installations and is located at Native Hostel in Austin, Texas. The new songs played were: "Slice Up the Pie,""Time Will Come," "Kill to Be Heard," "Ignored," "Circuitry's God," and "Invisible Empire." They show was their first performance since August 31, 2019 (which was the last show of the old lineup). We'll keep you updated.