Check out the new track by Blind Adam and the Federal League with Chris #2 of Anti-Flag! 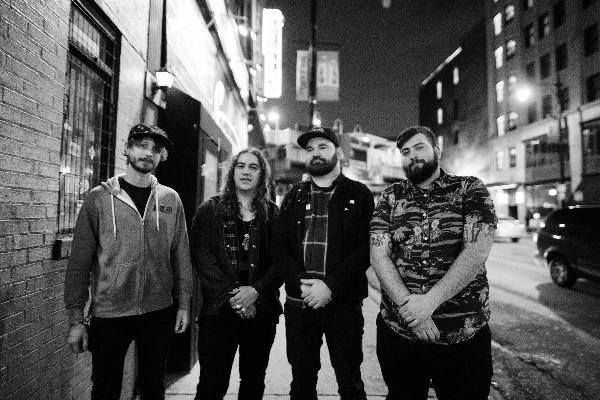 Today, we are pleased to debut the new track by Blind Adam and the Federal League. It includes contributions from Chris #2 of Anti-Flag!

On the track, the band channels the reflective side of the Clash- those classic London Calling style guitars ring out while vocalist Adam Gogola reflects on the deadly effects of military PTSD.

Speaking to Punknews about the track, Gogola said: "I wrote ‘If I Don't Make It Home’ in 2017 after losing a dear friend to an overdose. He was a part of the US Army 82nd Airborne and on the front lines as infantry in Iraq. He had severe PTSD and survivors' guilt, and would often talk to me about how it weighed on him. He came from the working-class, was a great friend, a new father, and a punk rock kid like me. It was one of the songs that Chris Barker had the biggest influence on in pre-production. The demo we sent him had more of an alt-country feel to it, but he took it and turned it into a punk song. It made sense to ask him to appear on this track because in the early 2000s, we all worked hard to try to stop the Iraq invasion together. Anti-Flag was practically the soundtrack for a lot of people in that movement, and If we could get Chris to appear on any song, I really wanted it to be this one — and when I asked him, he said he had already wanted to sing on this one!”

Chris #2 added: "When we were in the studio together we all knew “Don’t Make It Home” was an important song. Lyrically, emotionally, musically, it checked all the boxes and beyond that it’s just such an important story to tell. Living in a country that has been at war consistently for the majority of our lives has created a normalcy to looking past the devastating impacts of war, violence, and seemingly endless greed. As the guy hitting record, I just didn’t want to fuck up such an important agenda and sentiment. When they asked me to be on the track I was honored. Very grateful for The Federal League, their empathy, and creativity. Glad this document exists and is out there."

You can pre-order An Act of Desperation right here. Meanwhile, you can check out the new video below, right now!