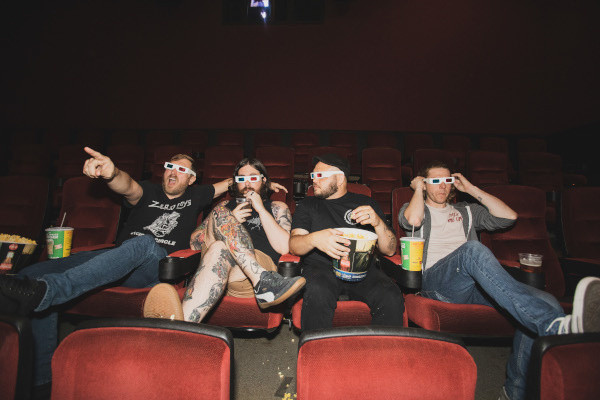 Today, we are thrilled to premiere the new lyric video from Orlando, Florida's Debt Neglector! The song is called "Dirty Water" and deals with the ongoing water crisis in Flint, Michigan. The band said of the song,

"This track is about the Flint Water Crisis and how ashamed our country should be about letting it happen. We’re supposed to be “the richest country in the world,” but people were poisoned with dangerous levels of lead (among other cancer and illness causing toxins), people died, and many of the children in Flint will be dealing with lifelong health issues because of it. And the worst part is that the people in charge knew about it and tried to cover it up. I feel like the situation that happened in Flint is kind of a microcosm of America. Politicians serving their own self-interests, trying to make (or save) a quick buck, and fucking over the constituents that they were elected to help and protect. That’s why the song title ended up becoming the album title for this LP. While Dirty Water the song is fairly literal, it also serves as a metaphor for the general corruption in America."

The song is off their upcoming album Dirty Water out on November 5 via Smartpunk Records. Proceeds from the physical pre-orders will be split between the Flint Kids Fund and Sylvester Broome Empowerment Village. You can pre-order it here (UK) or here (US). Debt Neglector released their EP Bad Faith in 2020. Check out the lyric video below.