Wino drops off Psycho Las Vegas due to mask requirement 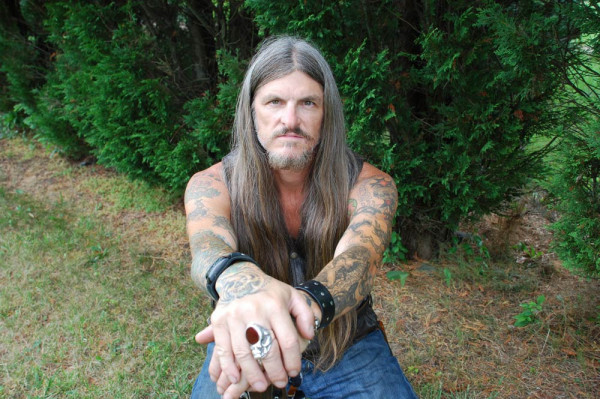 This weekend is the Psycho Las Vegas metal festival. Wino was set to do an acoustic set at the festival. However, he has dropped off the bill, citing the event's mask-requirement policy. Earlier, the festival issued a statement that said, essentially, anyone at an in door show, has to wear a mask. Wino released a statement, stating that while he believes Covid is real, that it was created by a secret elite group, and the mask is an early step in population control. You can read his statement below.

Two evenings ago, I received an email from Psycho Las Vegas, wherein they informed me, and other artists, that this event would require that all people, attendees and artists, wear a mask at ALL times indoors. The exception only being while singing on stage, all non-singing musicians, band members, etc. are required to be masked during the performance. This includes drummers. Also, as soon as the performance is over, artists will be required to re-don masks in backstage, front of house, vip lounges, and common areas. I have dug very deep when researching covid-19 not just on youtube, but in scientific publications, journals, lectures, etc. I BELIEVE THE VIRUS EXISTS, and has been weaponized as has been proven in congressional hearings where the evidence is overwhelming. Our govt (NIH) has been complicit in the financing, and shared scientific lab work creating a SARS based super coronavirus, designed specifically for lethality and easy dissemination amongst the human population. Bio-weapons are nothing new, but in my personal opinion pure evil. Early on in the so called pandemic it was stated by the CDC that PCR tests were inaccurate in determining if one had the virus, because they are designed for individuals who already were symptomatic. The CDC quickly backtracked as it was a desirable test to cause FALSE POSITIVES. Also, the Innova rapid tests have been recalled by the FDA for also giving inaccurate results. Mainstream media did not report this, and these tests are still in use. A paper mask was also first said by the WHO and so called experts to be useless against the virus, then of course the official word was again changed. My personal beliefs are: We are under the authoritarian cloak of a small cadre of unelected so called “elite” who are beyond rich and consequently consider themselves above the common man. This virus I believe was created as a depopulation tool, and the fear associated with it as a means to subjugate and enslave you and I, the common people. I cannot, in good conscious, perform my music in an environment that is designed to take away individuality, civil liberties and free will. I will not be performing this night at Psycho Las Vegas, not out of fear, but principle. If we, the people, continue to blindly accept this tyranny we are destined for enslavement. These are my personal views, but I urge everyone to dig deep. My apologies to my friends and fans, but it’s time to wake up.