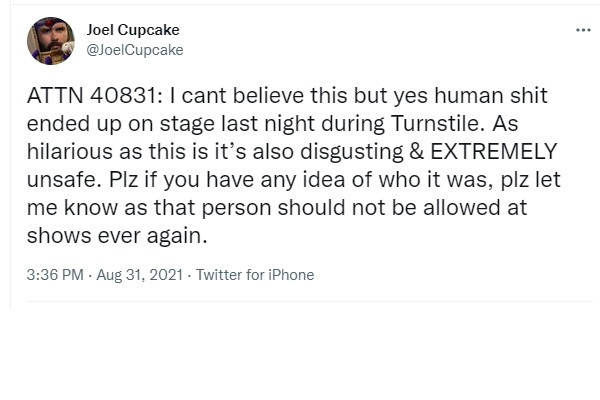 It was a rough night for Turnstile on August 30. As per Loudwire, they were playing a VFW hall in Santa Cruz when mid-set, fans noticed that someone had dropped a deuce in the middle of the circle pit. Worse, because the rogue turd was unnoticed for sometime, some unfortunate person stepped in it and then stage dived, thereby transferring the crap to the stage, and then, back out into the audience. People on the internet have been hard at work trying to identify the miscreant who caused so much misery, but so far, no persons of interest have been named. Stay safe out there.