Listen to the new album by Virginity! 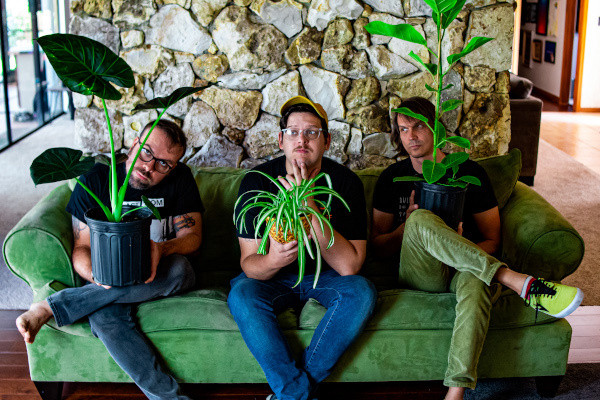 by Em Moore Streams 31 weeks ago

Today, we are stoked to bring you an exclusive stream of Florida power punk band Virginity's new album a day early! The album is called POPMORTEM and features ten stellar tracks. Speaking to Punknews, guitarist and vocalist Casey Crawford said of the album,

“POPMORTEM as an album is all about the songs, which may seem redundant but I mean that both literally and figuratively. More than a few of the tracks are literally about writing songs and my frustrations (and joy) with that process, as well as some reflection on tropes within the songwriting arena. The actual process of putting these songs together was some of the most challenging creative work I’ve ever been a part of, but I feel like at the end of the day—regardless of what anyone else has to say about it—we accomplished what we were aiming for, which is a record with a collection of songs that we all really love and are just so fucking proud of. We pushed ourselves every time we were demoing or working in the studio to make interesting decisions and not allow our previous work or our genre to define those choices. There are always happy accidents when you’re making art, but I’ve never worked on anything as intentional as this. We spent hours on guitar tones and sections of the music. We wrote and rewrote stuff from the ground up multiple times and scrapped maybe 8 songs entirely in the process. If we didn’t all love some aspect, we kept at it until we did. As we got closer and closer to wrapping it up, we started getting a better picture of exactly what the record could be and, at that point, I think we all pushed even harder. We also brought in outside help for the first time in having the powerful Jack Shirley (Rosenstock, Deafheaven) mix and master the record for us. Now that we’re on the other side of that and I’ve had nearly a year to live with the record, I feel like it was the only decision to make. It’s almost like we made all the pieces for a jigsaw puzzle that only Jack could put together and he did so beautifully. We set out to try to make POPMORTEM something a little grander than its individual parts and, while everyone may not agree that we accomplished that, I feel like we got there. Like I said, we love these songs and I hope everyone that listens can hear the work blood, sweat and tears that went into it.”

POPMORTEM will be out everywhere October 15 via Smartpunk Records and can be pre-ordered here and pre-saved here. Listen to the album in full below!

Rid of Me release new song