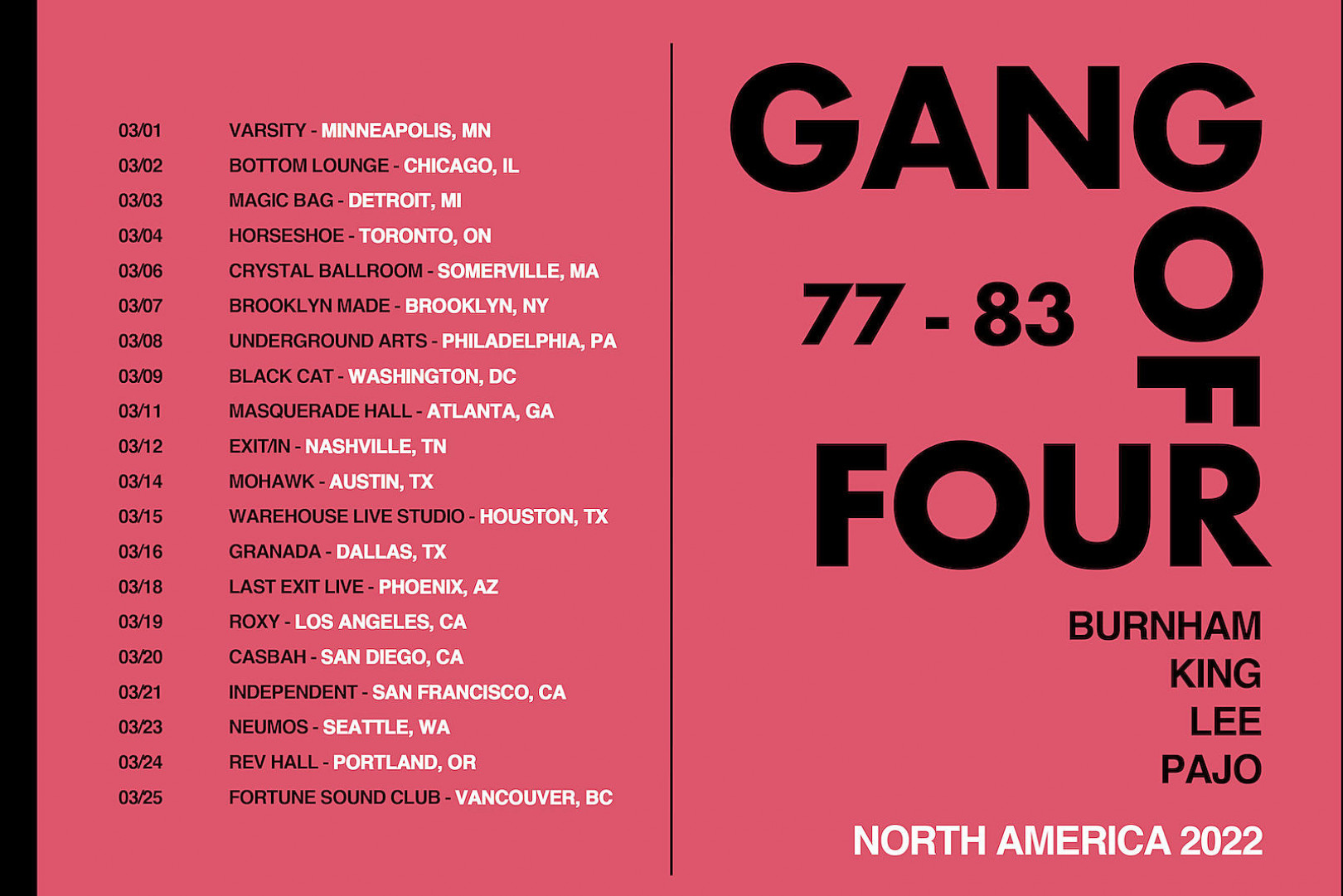 Gang of Four are going on tour and what's more, here's what they've got in store- they'll be playing material recorded before 1984, for sure. The lineup of the band for this tour will be original frontman Jon King and original drummer Hugo Burnham. Original bassist Dave Allen is not on tour "due to personal reasons." The band stated that he remains an essential and vital part of the band." Sara Lee, who played with Gang of Four from 1980 - 1984, will be on bass. David Pajo will be on guitar as founding member Andy Gill recently died. Tickets go on sale Friday.