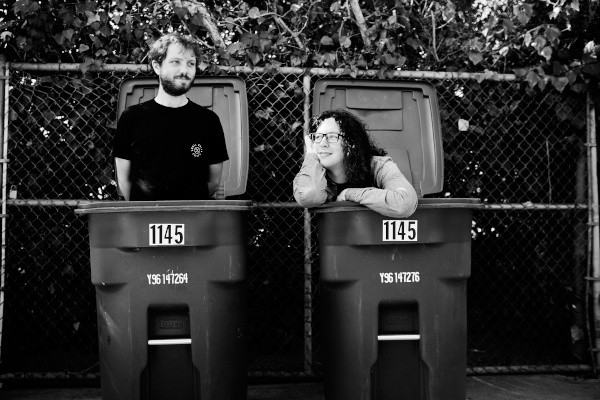 by Em Moore Streams 14 weeks ago

Today, we are stoked to premiere the new track from San Diego based Glow & The Dark! The band is made up of AJ Peacox (Weatherbox, Sundressed, Future Crooks) and Jordan Krimston (Weatherbox, Band Argument). The song is called "I Don't Want To Skate". AJ Peacox said of the song,

"Jordan & I knew we’d be gone playing with Oso Oso for almost 2 months, so we wanted to release this song to hold people over until we got back to record more. The most exciting part of this release is that we got one of my favorite local artists LOSER HEAVY to do the artwork. It looks awesome on the new bags of coffee we’re releasing along with it!"

The band have also announced that they will be releasing a limited edition whole bean coffee, called "I Don't Want to Skate", roasted by Dark Horse Coffee Roasters along with the single. The song and coffee will be available everywhere digitally tomorrow via Dark Horse Coffee Records and can be pre-ordered here. Glow & The Dark released their self-titled EP earlier this year. Check out the song below.