The Canines: 'Guapo' (Track by Track) 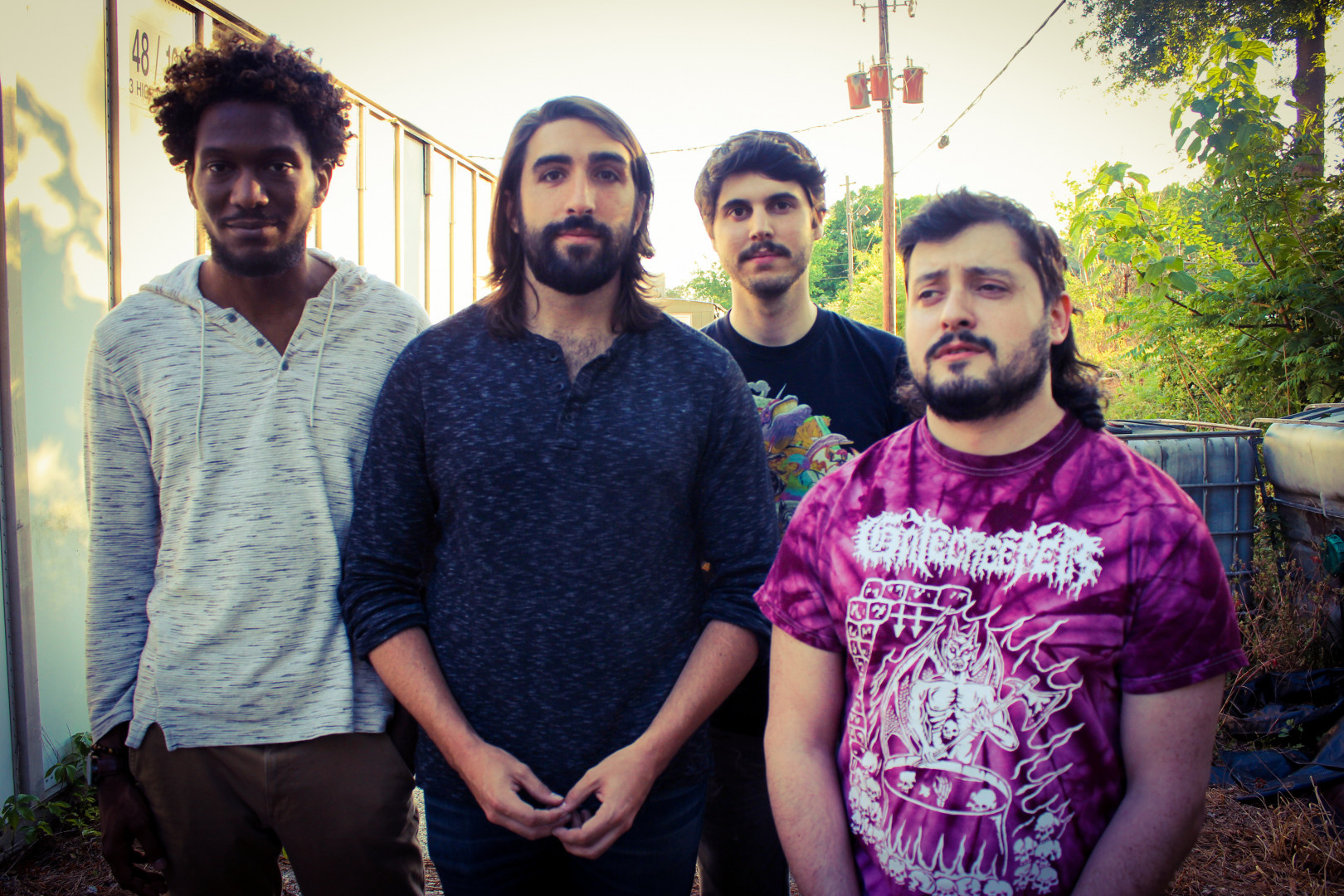 by Samantha Barrett 5 weeks ago

We are pleased to bring to you a track by track rundown of the latest release from Atlanta based post-hardcore band The Canines. The band just released a brand new EP titled Guapo on 59 X Records.See below to check out the EP in full and read about each track.

For Followers of The Mars Volta, The Fall of Troy and Coheed & Cambria.

"Sol"
We wanted to bring in the electronic influences we share into our music with this track. We wanted it to not only serve as an introduction for Architect but also for the EP as a whole. The song also serves as a lighter introduction to one of our heavier tracks, Architect.

"Architect"
We started to write architect as a variation of the same riff which we kept stretching and changing into a fully-fledged song. At the same time we made the electronic intro, Sol we wanted to add a similar musical element in the middle of the song to act as a break. The song Architect introduces a character that goes by the same name who plays a pivotal role in the story behind our lyrics. He comes from a race of aliens with special powers, known as the Estrallans, who are revered as gods by other beings in the universe. He manifests his powers by being able to create planets where he sets the rules for that world. The architect sees this as an opportunity to remove his people’s one-sided control over all other life. He creates a set of trials for other races to prove themselves worthy of becoming gods of their worlds. After granting godhood to two individuals, he realizes that those who pass his trials usually end up corrupted by their power. He starts to regret his actions and isolates himself to stop any other corrupt gods from being made.

"Endless"
When we were writing Endless we wanted more of a straight forward punk vibe mixed with progressive elements. As far as the progressive elements go we wanted to layer transitions on top of each other as the song comes to a close reaching a peak at the end. Endless focuses on the perspective of a character who had an older sibling enter one of the competitions for godhood. They have to figure out how to survive the competition they entered as a child while trying to find the whereabouts of their sibling.

"Before I Fade"
Before I Fade was written initially only as various guitar parts then an overall structure was pieced together. Once we had the structure we rewrote the stringed instrument sections separately with the drums as the only point of reference to get parts that weave in and out of each other. Is about someone who became a god after winning the competition losing faith in themselves and relinquishing themselves to what they’ve become, disillusioned with their power as a god. They start to feel that despite their powers they’re a false prophet. As they come to terms with the emptiness in they decide it’s best if they push away those that see them as a god. Better to have no believers behind them if it means the price of your mistakes are lowered.

"Canis"
With Canis, the intent was to end the EP how we started it, with an electronic section that carried an atmospheric and spacey vibe.

UNITS to release 'Live at the Deaf Club'