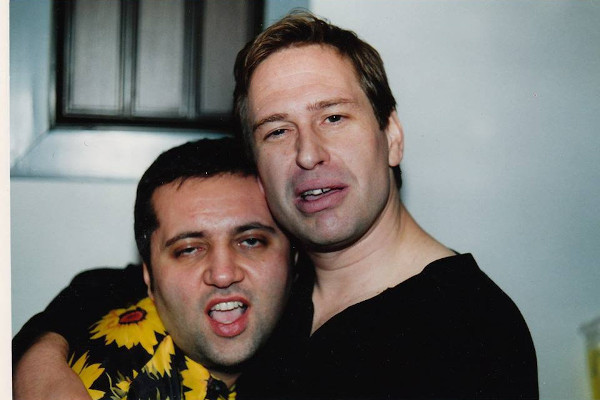 Mouth Congress, the punk duo made up of Scott Thompson and Paul Bellini of Kids in the Hall and active in the 1980s, have announced that they will be releasing a compilation album called Waiting For Henry. The album features 29 songs including live recordings and will be out December 10 via Captured Tracks. They have also released a video for their song "The People Have Spoken" which features archival footage of the band performing live and was edited by Paul Bellini. The song was recorded live during one of the band's shows at the Rivoli club in Toronto in the 80s. Mouth Congress released a live album, Live at the Rivoli, in 2016 and made a three-song EP, Ahhhh The Pollution that was recorded in 1987 available digitally in 2020. Check out the video and tracklist below.

10. What is This Thing Called Love

16. Thanks for the Disco

21. The People Have Spoken

29. Let's Hear it for Show Business