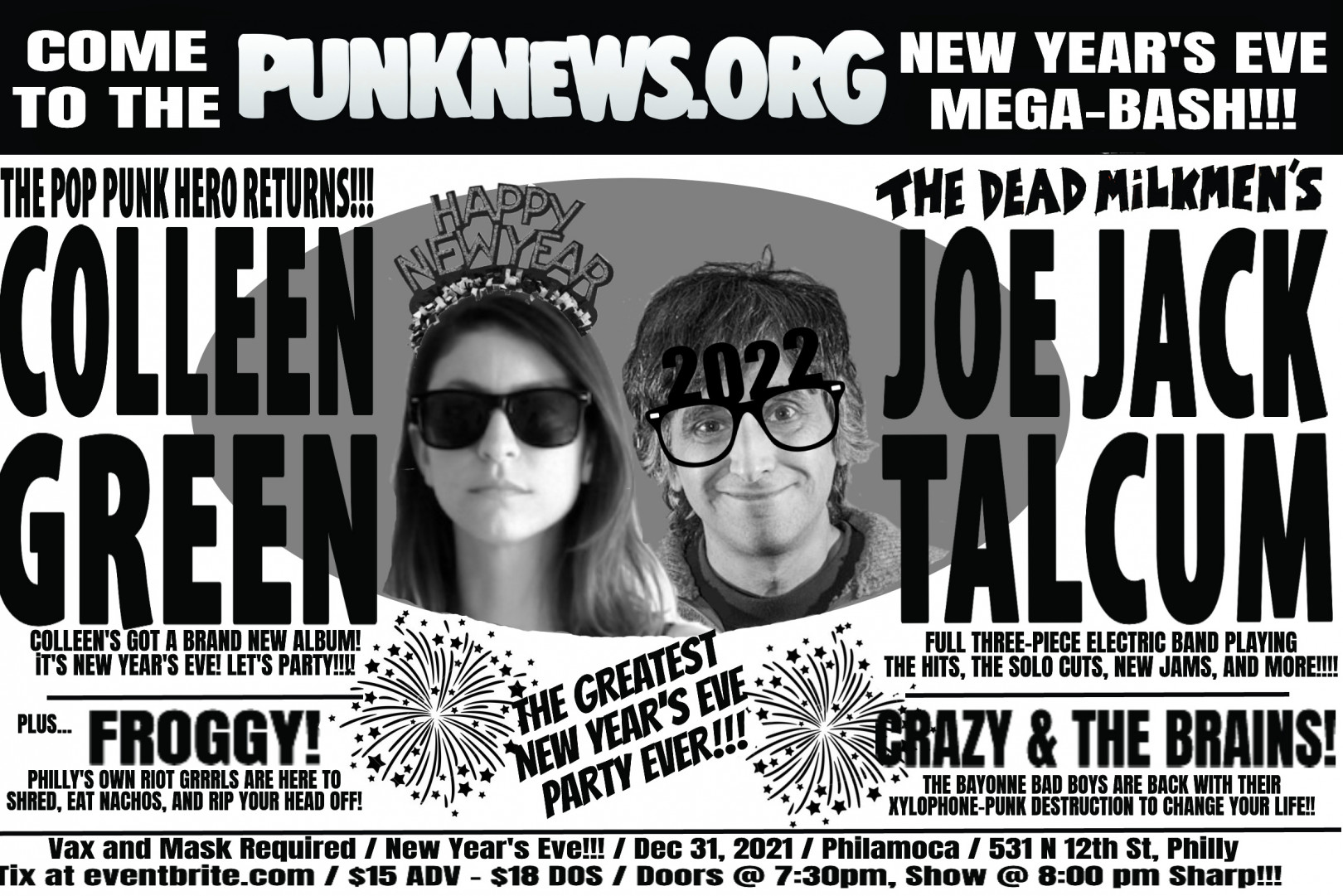 We are throwing the GREATEST NEW YEAR'S EVE PARTY EVER!!!! THIS WILL BE THE EVENT OF THE SEASON, BABY!!!!

Colleen Green is co-headlining the show! Colleen just released the amazing new album Cool on Hardly Art! It RULES! She is playing her first Philly show in two years and is ready to do DAMAGE!

Meanwhile, the legendary Joe Jack Talcum of the The Dead Milkmen is co-headlining with a full electric band! They'll be playing the hits, the solo cuts, rarities, and who knows what else. It will ROCK!

Also! Philly's own Riot Grrrl revenge squad FROGGY will also play and just might split your skull in two!

PLUS! Crazy and the Brains will be releasing a new tape that you can only get at the show! PLUS! Froggy will be releasing their very first tape that you will only be able to get at the show! PLUS! We will be playing a game show between one of the bands! PLUS! We will be giving out gifts and prizes all night long! PLUS! Everyone that comes to the show gets a goodie bag! PLUS! We have a very special thing planned for midnight!!!

You have GOT TO GO, people, I AM TELLLING YOU! This may very well be the best night of your LIFE!

Doors are at 7:30 and the show starts at 8:00 pm SHARP! This event is not on "Punk time", so be sure to be there by 8:00 because you will not want to miss a second of this and we have a very special intro planned! WOWZA!!!

You can check out the Facebook event page right here!

M(h)aol release "No One Ever Talks To Us" video