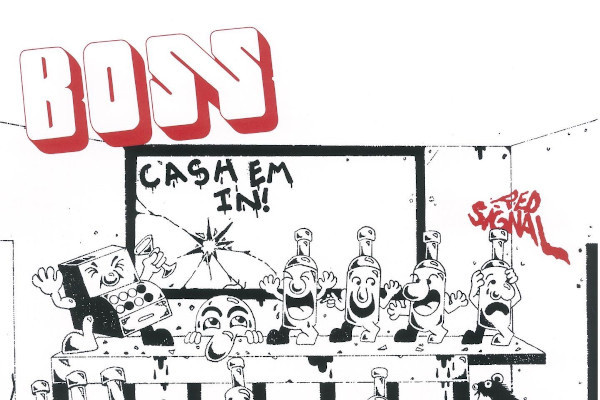 UK punk band Boss, made up of Jonah Falco of Fucked Up, Maxime Smadja of Rixe, Charle Manning Walker of Chubby and The Gang, The Chisel's Nick Sarnella, and Amaury Benitez, have released a new song. The song is called "Cash 'Em In" and features an intro from Cal Craham of The Chisel. It is off their upcoming 7-inch of the same name out December 3 via Static Shock Records. Boss released Steel Box 45 in 2018. Check out the song below.