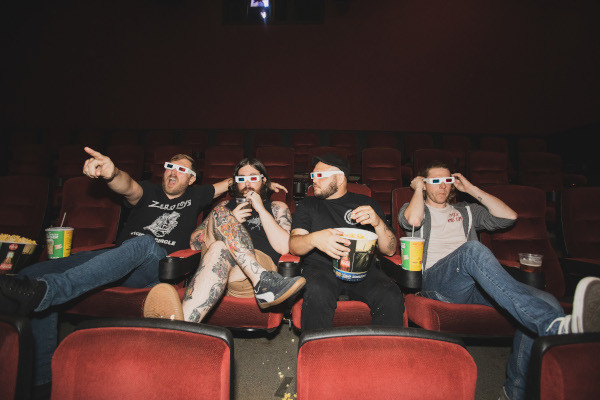 by Em Moore Streams 29 weeks ago

Today we are extremely excited to bring you the premiere of the new LP from Florida punks Debt Neglector! The LP is called Dirty Water and features fourteen outstanding tracks. Vocalist and bassist Alex Goldfarb said of the album,

"I've been playing in various bands for a long time and I don't think I've ever been prouder of something I've been a part of and released. But I'm not gonna lie, it's a little nerve-wracking too. There are some political songs on here like usual (the world IS a shit show after all), but there's also a LOT of personal stuff too. There are songs about my anxiety and how therapy saved me from falling completely apart. There's a song about one family member getting sick and another one being toxic. And there are songs about fear and loss. I tried to open up in a way that I hadn't completely done before on an album, and when you put so much of yourself into something it can be a little scary. Musically, we really pushed the envelope of who we are as a band. There's a couple ripping fast songs, some grungy stuff to bang your head to, and some super catchy ones too. I think the diversity we strived for makes it a pretty fun listen as you go from song to song. We really gelled as a band this time around and had a better idea of what we were doing and who we wanted to be. Ultimately, I'm super proud of what we made, I love my bandmates to death, and I can't wait for people to hear the whole thing!"

Dirty Water will be out everywhere on November 5 via Smartpunk Records. Ten percent of proceeds from the physical pre-orders will be split between the Flint Kids Fund and Sylvester Broome Empowerment Village. You can pre-order it here (UK) or here (US). Listen to the new album in full below!