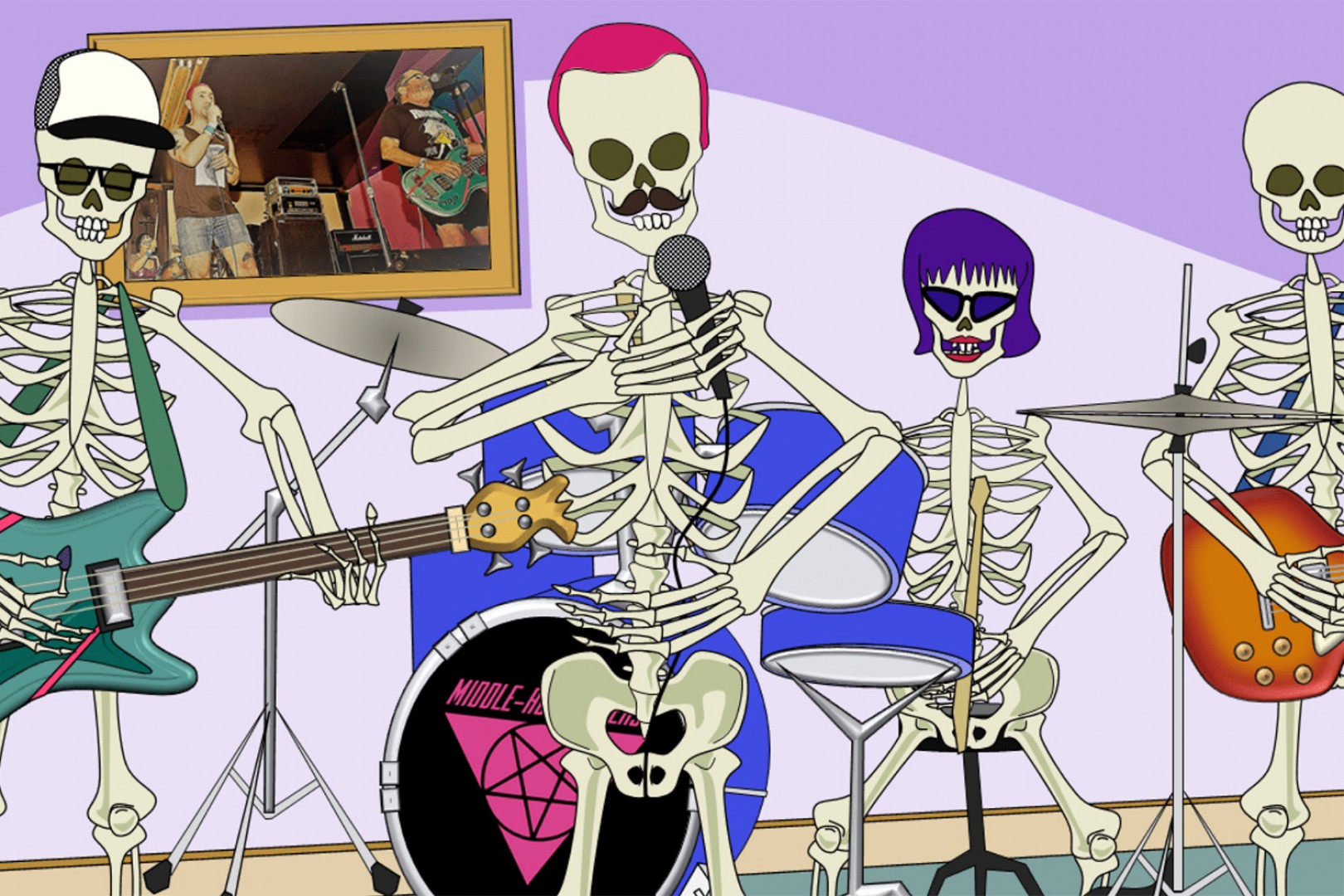 Today, we are excited to debut the new video by Middle-Aged Queers! They covered first wave hardcore punkers the Middle Class!

The MAQs take the classic circle pit tune and kick out a raw, energetic version. They reached back to the manic energy of the late '70s SoCal scene and roll it out in 2021. The song is fast, fun, and it's about a dire topic. Also, the video features the band as singing skeletons, which is always a plus.

Lead vocalist Shaun Osburn spoke to Punknews about the tune: "This song was originally a commentary on the monoculture of American suburbs but took on additional meaning for us during the pandemic. The chorus of ‘Home is where we hide’ became a suggested method of survival that was only afforded to some, while others are martyred as ‘essential workers’ or ‘health heroes.’"

You can pick up the band's new EP right here and see the video for "Home is Where" below!