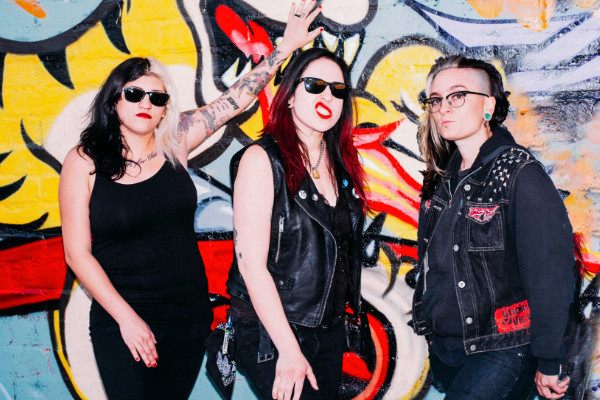 The Venomous Pinks have announced that they have finished tracking their new album. The band posted the news on their Instagram page in a post that reads in part,

"Exciting news! Tracking is done for the new album!!!! Words can’t express the hard work and dedication that went into creating/writing our first album ever. We laughed, we cried, we argued, we bled our hearts out, but at the end of the day - we are sisters and love being in a band together. This will be vulnerability in its purest form. A no hold back album written for you. Yes, you, the fans, who we consider our friends at home and on the road."

The band stated that the album will be out in 2022 and that they will be announcing details when they have them. They also thanked Linh Le of Bad Cop/Bad Cop, Cameron Webb, Brenna Red of The Last Gang, Dan Palmer of Death By Stereo, SBAM Records and Alexander Thomas in the post. The Venomous Pinks released their EP Based On A True Story earlier this year. See the post in full below.