Petrol Girls release “Baby, I Had An Abortion” 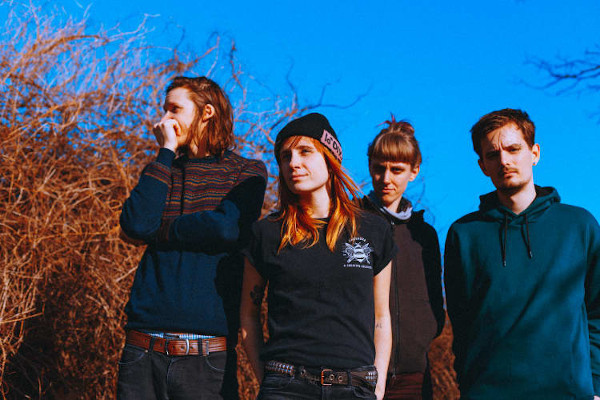 Petrol Girls have released a new song. The song is called "Baby, I Had An Abortion". Vocalist Ren Aldridge released a statement along with the song that reads,

"This song is a response to my experience of having had an abortion in 2018 and my encounters with pro-lifers since then. I’m totally happy to speak openly about my abortion and feel very privileged to have accessed it easily and for free on the NHS in the UK. This should be the case everywhere but abortion is illegal, expensive and / or hard to access in many places around the world. I found out I was pregnant the morning after the eighth amendment was repealed in Ireland, so felt very aware of how lucky I was to be in a country where I could do it easily.

When I moved to Austria I was shocked to find out that it costs around €500 to have an abortion even if you have health insurance. That’s almost two months rent for me! One morning, my partner and I encountered pro-lifers marching in front of the abortion clinic on the main street. I saw red, and before I knew it was circling them screaming “I HAD AN ABORTION AND I’M NOT SORRY!” to the amusement of onlooking shoppers. I joined local counter protests and continued shouting ‘I had an abortion, and I’m not sorry’ in German. But I started thinking about this interaction and how limited it was, even if it was cathartic. I didn’t want to dignify them with a serious reaction - I wanted to ridicule them. I’ve not seen much of the pro-lifers since the pandemic but I’m thinking about dance routines and street theatre to go along with the pro-abortion flyers we handed out to passers by.

The idea for the song came directly from these experiences, and is first and foremost intended for upsetting pro-lifers on demonstrations. The ‘Shame Shame Shame’ lyric is totally a Game of Thrones reference, and the whole idea is intended to ridicule pro-lifers’ attempts to shame us for exercising our bodily autonomy. I wanted the song to have party vibes because I feel like abortion, whilst it obviously can be traumatic and upsetting, can also be totally fine and something to celebrate. I wanted to put something joyful about abortion out into the world.

The song is raising money for Abortion Without Borders and is out via Hassle Records. Petrol Girls will be touring the UK in March and will be touring Europe in June. The band released Cut & Stitch in 2019. Check out the song below.

Tours: Dan Andriano and the Bygones announce US tour dates