Rage Against The Machine/Run The Jewels announce rescheduled shows 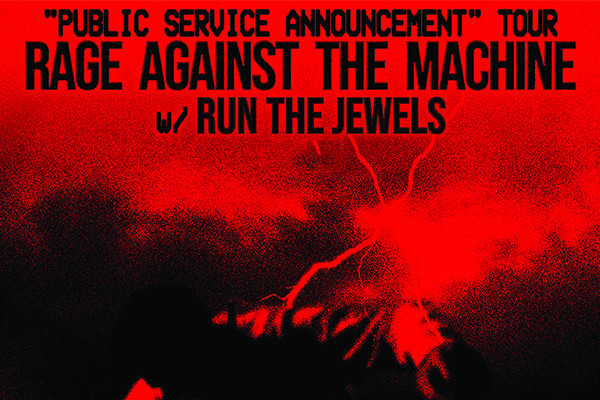 Contributed by desertburst92, Posted by Em Moore Tours 20 weeks ago

Rage Against the Machine have announced rescheduled tour dates for half of their "Public Service Announcement" tour with Run The Jewels. The shows that were originally scheduled for March 31 through May 23 will now take place in spring 2023. All previously purchased tickets will remain valid at the new dates and refunds are available through point of purchase. The band announced the delay of the start of the tour last month and shows scheduled for this summer (July 9 through August 14) are going ahead as planned. See the new rescheduled dates below.

A post shared by Rage Against The Machine (@rageagainstthemachine)