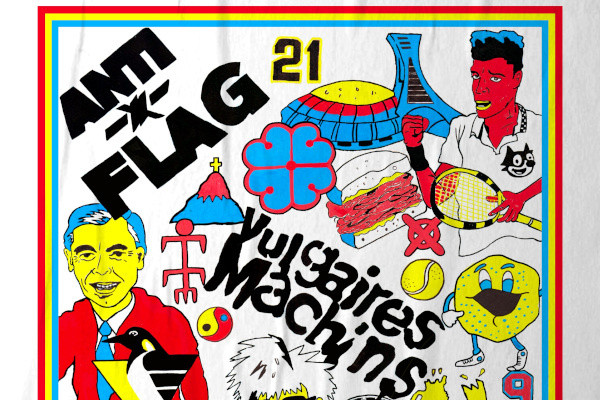 Contributed by desertburst92, Posted by Em Moore Tours 26 weeks ago

Anti-Flag and Vulgaires Machins have announced tour dates for Quebec for this fall. MUDIE will be playing support on all dates. Tickets go on sale Friday, February 18. Anti-Flag will be touring Western Canada with Billy Talent and NOBRO in the spring and released 20/20 Vision in 2020. Vulgaires Machins released their self-titled album in 2011. Check out the dates below.

Tours: Portrayal of Guilt and Thou announce UK & EU tour