Check out the new video by Mz Neon! 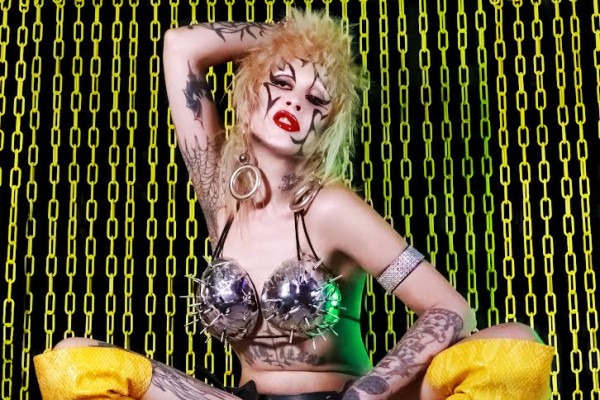 Today, we are psyched to debut the new video by Mz Neon!

Mz Neon takes modern hip hop and mashes that into the spastic experimentation of art rock and first wave punk. Her releases pull from the barbed delivery of Missy Elliot, the genre crashing of Malcom McLaren, and even the punk-meets-dance of 80s era Honey Bane.

"Pussy Stick" walks between synth-rap and industrial dance and confronts the modern concept of gender. Speaking to Punknews, Neon said, "Pussy Stick” (Vol. 1) sets the stage and sort of says where the fuck I'm at…where the fuck I've been…and who the fuck I am. Though I do think the song is a more sophisticated than that, that’s the essential message; a calling card of sorts, encapsulating my paradoxical grit and glamour in a way that I felt kicks this project off most authentically. There's not really much more to read into beyond what the lyrics are, except that I'm saying it… and that's the point basically. Someone needed to do it…so might as well be me."

You can check out the video below.