Check out the new video by Mark Stewart of the Pop Group! 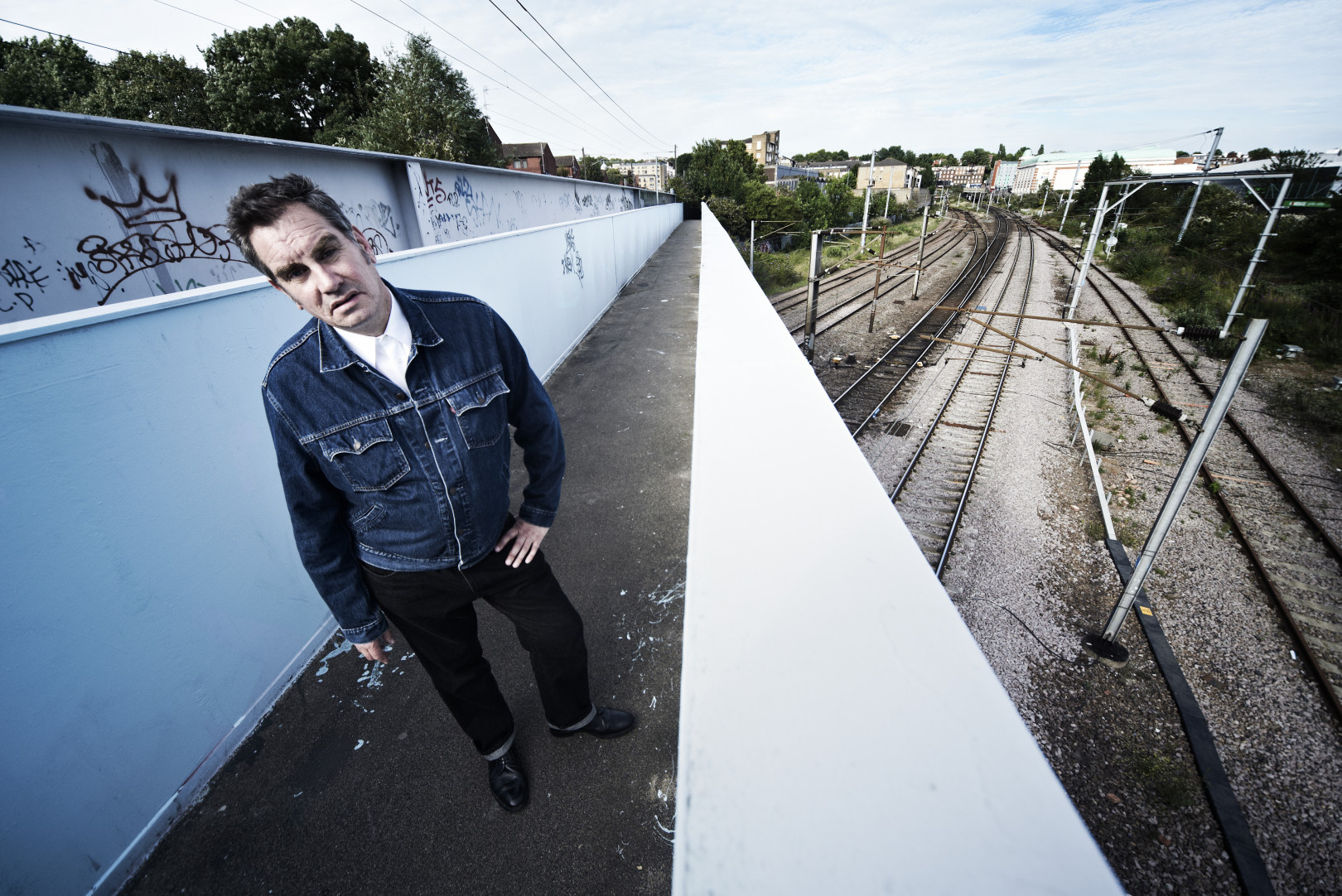 Today, we are super excited to debut the new video by Mark Stewart!

You probably know Mark from The Pop Group and the amazing New Age Steppers. Thorught his career, mark has pushed punk into push punk into industrial and has continually found ways to expand the promise suggested by Joe, Johnny, Joey, Steve, Penny, and Ari.

Right now, Mark has a project called VS. where he is recording and remixing with Stephen Mallinder, founding member of seminal Industrial Music outfit Cabaret Voltaire and Eric Random. The album finds Stewart and crew clashing sounds with a bunch of other artists resulting in a mind-trip of an album- check out the collab list: members of Consolidated, Pan Sonic, Mike Watt, Adrian Sherwood, KK Null and… THE UPSETTER HIMSELF, LEE SCRATCH PERRY!!! (RIP)

The new Leæther Strip Mix of "Cast No shadow" boils the song down into a pulsating strike. As Mark's voice calls out from afar, the charged synth beat marches forward resulting in a hypnotic, punchy track.

Stewart spoke to Punknews about the new track: "My concept of diy from the post punk period right thru to the future was really influenced by Kenneth anger and maya derens first independent distribution set up."

Video director Nikolaos Katranis added, "this period resonates with the post-punk era. You say in our film that people "should not be looking to the past, they should be throwing a ball into the future and seeing where it goes." I think that the "slow-tech" of DIY, etc. is dominant among the more sussed youth (at least in the US). Lots of young people now thinking of tech as "uncool" and fetishizing old technologies like records, typewriters, etc., as well as their increasing number of in-person rituals of various kinds. There is also the resistance to the destruction of long-term attention by the constant interruptions of digital media upon the ability to attend to one subject for a prolonged period of time; to revert to "slower" technologies like books and print is a kind of (very functional) revolution. The mind is revolting in this case: "Slow down so I can meditate upon one thing at a time with no interruptions." It privileges the mind and reflection over the outer world and the necessities of capital."

Vs is being released April 8 on CD, digital download and streaming platforms by eMERGENCY heARTS. you can check out the tune below, right now!