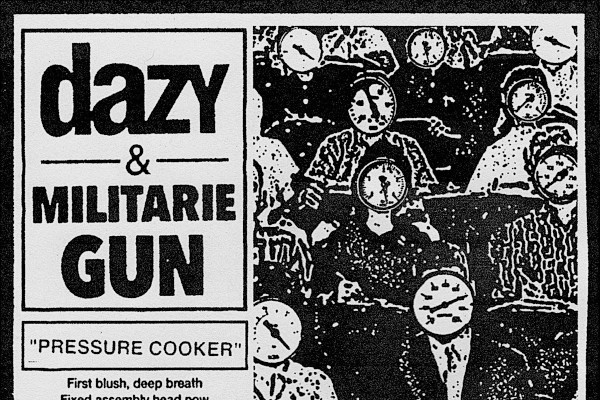 Militarie Gun and Dazy have released a video for their new song together. The song is called "Pressure Cooker" and appears to be a standalone single. The video was directed by Audri Kenley. Dazy released MAXIMUMBLASTSUPERLOUD: The First 24 Songs in 2021. Militarie Gun released their EPs All Roads Lead To The Gun and All Roads Lead To The Gun II in 2021. Check out the video below.