DanJoMar and Marissa Paternoster to co-headline Summer Soiree 5 in Philly on July 2!!! 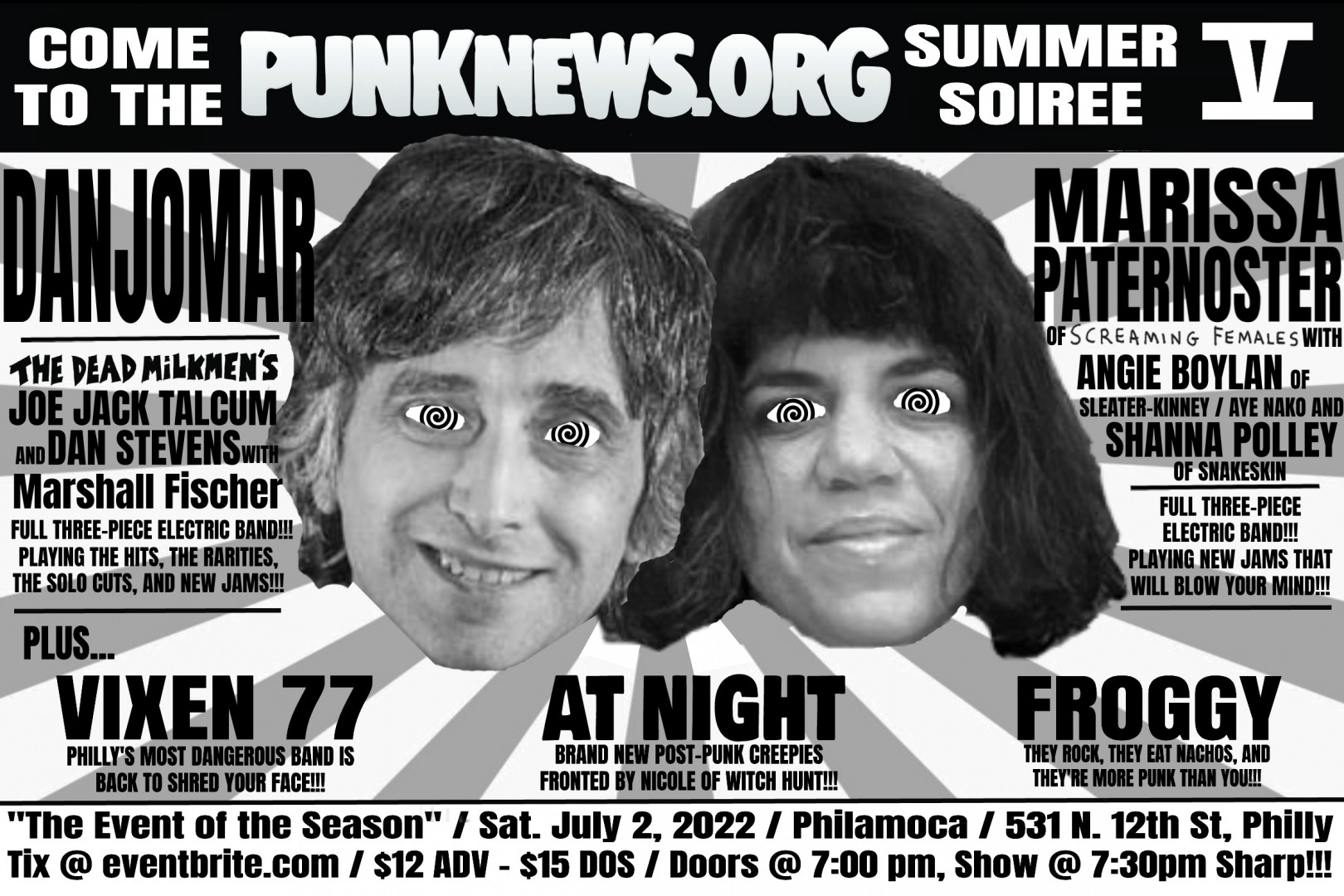 HEEEREEEE WEEEE GOOOO! IT'S SUMMER SOIREE 5!!!! This year's Summer Soiree is going to be THE EVENT OF THE SEASON!

We have DANJOMAR and MARISSA PATERNOSTER co-headlining!!!

DanJoMar is the full, three-piece electric band featuring Joe Jack Talcum and Dandrew of The Dead Milkmen with Marshall Fischer on drums! The band plays the hits, the rarities, the solo cuts, new stuff, covers, and who-knows-what else! This band rocks and this will be a re chance to catch the, in the intimate soiree setting!

BUT ALSO, co-headlining is the Marissa Paternoster band! Marissa of Screaming Females has a new band and a new album that finds her kicking out the heavy duty, spacey jams! As in the MP band are Angie Boylan of Sleater-Kinney and Shanna Polley of Snakeskin! These two headliners on one stage will blow your mind!

But ALSO, Vixen 77 are playing the show! Vixen 77 have been working on a new album and will be kicking out the three-chord punk attack!

PLUS, up-and-commers Froggy will be there to smash out the ragged (but funny) three-chord bashers!

PLUS, the show will be opened by At Night! At Night is the band new post-punk/gothy/witchy band fronted by Nicole of Witch Hunt!

BUT THAT'S NOT ALL! Also! Everyone that comes to the show gets a goodie bag that is packed with a ton of stuff including a free LP and a cool free 7-inch single hand selected by Punknews' John G! PLUS, we will have exclusive cassette tapes for sale at the show (we'll review more details later…) PLUS, we'll be playing the Punknews trivia game, PUNX POINTS! PLUS, we have a ton of surprises in store for you!

This show will be THE SHOW OF SEASON! DO NOT MISS OUT!

It all goes down July 2 at Philamoca in Philadelphia! This event is all ages! BE THERE!!!! GET TICKETS HERE!!!